We feel like we can trust you with this information.

Confident is an adjective used to describe people who have a feeling or belief that they can do something well or can succeed at something. Confidant and confidante are both nouns that refer to a person to whom secrets are entrusted; confidante is used especially when that person is a woman. 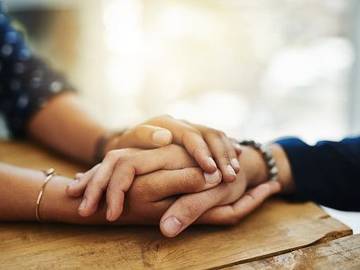 Both come from the Latin 'confīdere' (“to put trust in, have confidence in, be sure”).

There are many pairs of words in English which are vexing and troublesome to differentiate, the lexical equivalent of itching powder combined with a hefty dose of nepenthe. Many of us have gone through life unable to consistently tell the difference between enervate and energize, or between urticose and vernicose. To this list we may add the words confident and confidant.

Confident is an adjective that typically means “having or showing assurance and self-reliance.” Confidant is a noun meaning “one to whom secrets are entrusted.” Even though they occupy different parts of speech these words overlap in sufficient degree that they are occasionally mixed up. Both come from the Latin confīdere (“to put trust in, have confidence in, be sure”), although confidant passed through Italian and French before ending up in English. And although we do not use the word confide in our definition of confidant, it is easy to see how one might think of the word as ‘one in whom secrets are confided,’ and so spell it with an E.

Confident is the older of the pair, having come into English use in the middle of the 16th century; confidant dates from the 17th.

What hart now is so hard or stoney that wyll not relent or be styred up by thys firme and swete promise of god, to take a bolde fayth and a confident trust upon the grace and favor of almyghte god beyng so promised to us?
— Rhegius Urbanus, An instruccyon of Christen fayth, 1548

Have it my way? why, who are you, Sir? art thou any more than my husband, fellow? how camest thou thus audacious then to say, I'l have it my way? say that again, and by the faith I have in my Confidant, my Gallant shall make thee an example.
— John Lacy, The dumb lady, 1672

Have a care, Madam, replied Madonte to me, (this was the Name of my Confident, or rather my Rival, as I soon afterwards discover'd) avoid carefully the coming to Extremities, which will make too great a noise.
— Anon., The Character of love guided by inclination, 1686

That the way to do that is to engage her in an Intrigue of her own, making your self her Confident.
— John Vanbrugh, The relapse, 1697

Mars had a fine Boy, confidant of his Love; and when he went to Bed to Venus, he left him at the Door to awake him before day light.
— Pierre Danet, A complete dictionary of the Greek and Roman antiquities, 1700

Despite the intertwined beginnings of these words, they are now viewed as distinct. Less clear is the distinction between confidant and confidante. A number of usage guides have taken the position that confidante is reserved for a woman to whom one entrusts secrets, while confidant should be used only for men. We define confidant without mention of gender, and say of confidante that it is especially (although not exclusively) used of one who is a woman. It is not difficult to find examples of confidant being used of a woman, and confidante of a man.

She idolized him, and he looked upon her as a confidant and a sounding board.
— Welles Brandiff, American History (Harrisburg, PA), April 2019

Jack had a close relationship with his mom, describing himself as her confidante.
— The American Journal of Psychoanalysis, December 2013

You may use confidant or confidante without much worry for whether one or the other is more correct (although some usage guides will fault indiscriminate use). Confident and confidant are not interchangeable, and you should adopt whatever mnemonic works best to help you tell them apart. We recommend ‘the person you confide in is the word with an A, and being self-assured is the word with an E.’