10 Words and Phrases with Nautical Origins

'By and large', 'bitter end', and 8 more words from the open seas 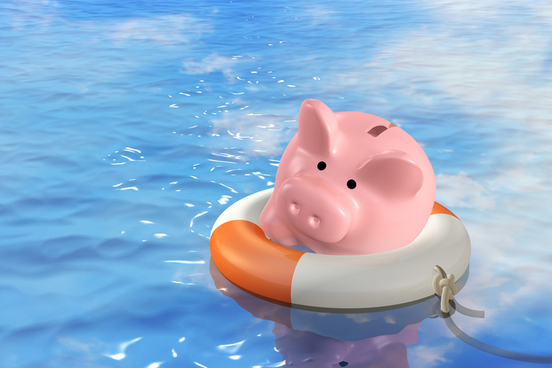 In nautical jargon, slush is the refuse grease rendered from the salted meat cooked on board a ship. This slush was once commonly skimmed and put into barrels to be sold in port. The money received from sales was put into a "slush fund" and used to purchase luxuries for the crew that they otherwise could not afford. In the late 19th century, the term slush fund was appropriated for monies set aside for political ends. Such slush funds were used to supplement the salaries of government employees, bribing public officials, or carrying on corruptive propaganda on behalf of special interests. 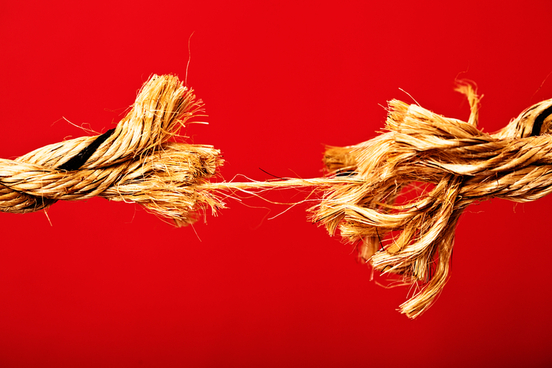 Definition: the last extremity however painful or calamitous

Two theories are usually offered as explanations for the phrase "to/until the bitter end." One of them suggests that the phrase derives from the nautical term bitter end. On a ship, the word bitter is used for a turn of anchoring line around the bitts, or the posts fixed to the deck for securing lines. The bitter end is the inboard end of this anchoring line. When the line is paid out to the bitter end, there is no more line, and you are literally at the end of your rope. Another theory holds that bitter end refers to death and traces the phrase to a line in the Bible that reads "but her end is bitter as wormwood, and sharp as a two-edged sword." The suggestion is that death is the ultimate bitter end and, by extension, any difficult ending or defeat is a bitter end.

The nautical theory seems more likely to etymologists, but they have not reached a consensus on it. There are still those that will stand by their opinion to the bitter end. 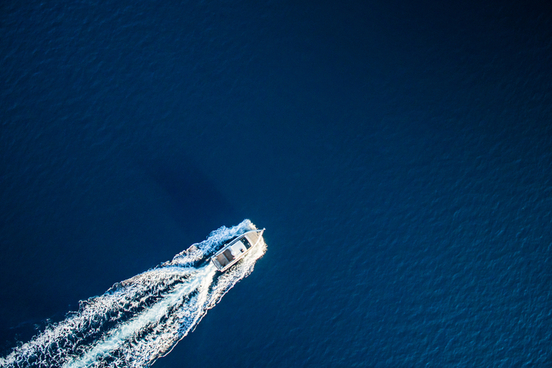 Definition: the near or foreseeable future

In nautical terms, offing refers to the part of the open sea that is in sight of but a safe distance from the shore, or it refers to a position or course near to but safely clear of the land.

While at dinner, a large ship appeared in the offing, and soon afterwards we saw a light whale-boat pulling into the harbor.
— Richard Henry Dana, Two Years Before the Mast, 1840

… there are no less than four lighthouses kept flaming every night, … all of which are to direct the sailors to keep a good offing in case of bad weather….
— Daniel Defoe, Tour through the Eastern Counties of England, 1722

Knowing this, it isn't difficult to see how the phrase "in the offing" came to refer to things likely to happen in the near or foreseeable future.

… she bought a plane ticket that could be changed if any developments came up on Earth Day itself. None seemed in the offing, so she left.
— Ian Frazier, The New Yorker, 2 May 2016

Three Sheets in the Wind 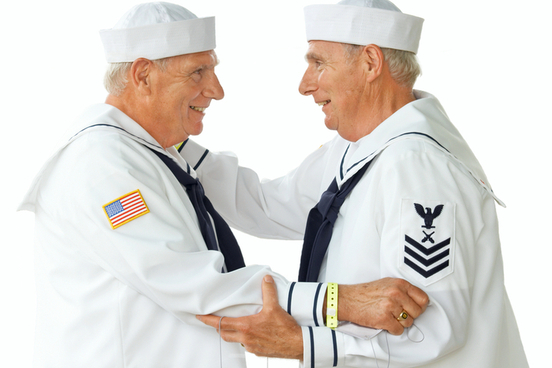 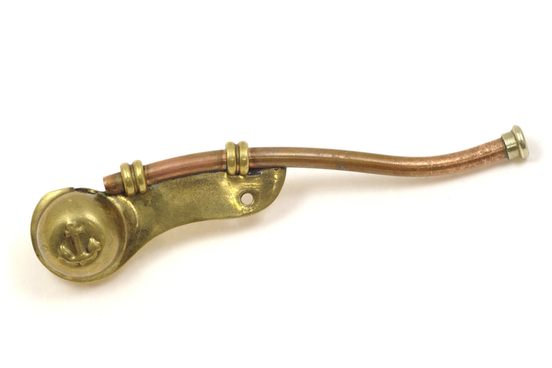 Aboard a ship, a boatswain's pipe, or whistle, is used to summon a crew or to relay orders. The sounding of this instrument is referred to as piping. A crew would be "piped" to a meal, for example. To dismiss a crew, the boatswain's pipe is sounded and the command "pipe down" is given. Because it got much quieter after the dismissal, the command became associated with quieting down or making less noise. 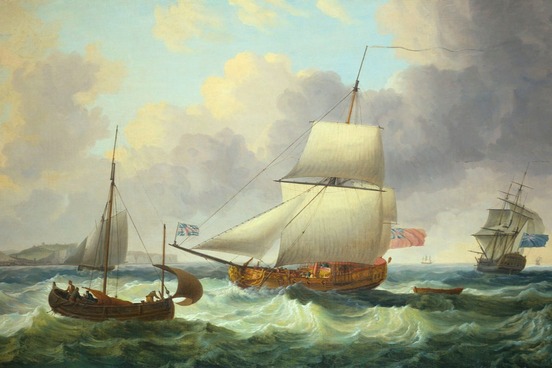 Definition: on the whole

By and large is a common adverbial phrase that means "on the whole" or "in general." Oddly enough, the expression comes from the language of sailing, in which by and large refers to the ability of a vessel to sail well both on (that is, toward) and off (away from) the wind. In this context, the word by basically means "near" or "at hand," and the word large means "with the wind on the quarter." Hence, a vessel that sails well by and large can sail close to the wind or off it.

In time, like other nautical terms, the phrase came to be adopted by landlubbers, first in the sense "in many directions" or "in all ways" and ultimately with its present meaning. Here's an example from actor Tom Hanks, speaking with NBC's Matt Lauer: "Well, look, by and large, we have to judge how we teach history and what we learn from history." 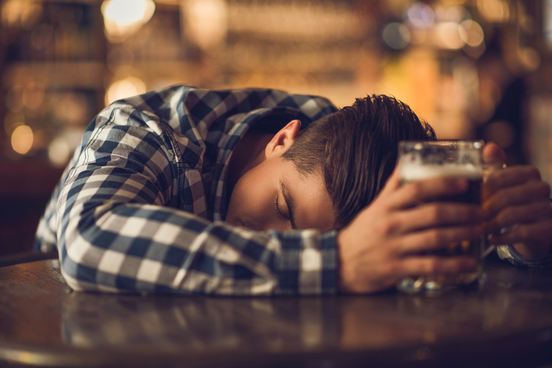 Definition: weak and unsteady on the feet or in action

The story of groggy begins with grogram, the name of a coarse, loosely woven fabric made entirely or partly from silk. The 18th-century English Admiral Edward Vernon is reputed to have been in the habit of wearing a grogram cloak and to have earned, for this peculiarity, the nickname "Old Grog" among the sailors under his command. In Old Grog's day, sailors in the Royal Navy in the West Indies were customarily given a daily ration of rum, but in 1740 Vernon, alarmed by the damage to the physical and moral health of his men, ordered that the rum should be diluted with water. The decision wasn't very popular with the sailors, who supposedly dubbed the mixture grog after Vernon. The word grog eventually became a general term for any liquor, even undiluted, which led to people applying the term groggy to anyone, however sober, who moved with the unsteadiness characteristic of someone who has had too much grog. 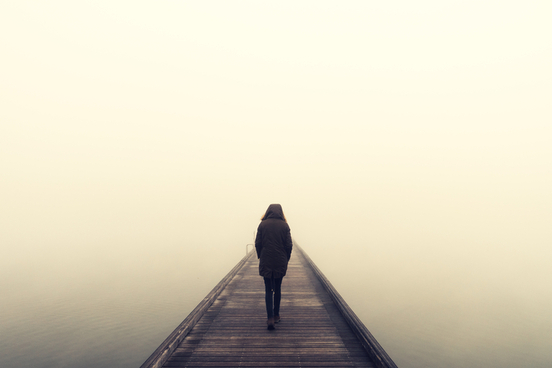 Definition: removed or distant either physically or emotionally

Aloof was originally a nautical term referring to sailing into the wind as a way to stay clear of the shore or a hazard. (Its opposite is alee.) The word is commonly found with keep, as 18th-century English poet Alexander Pope illustrates in his translation of Homer's Odyssey: "With all our force we kept aloof to sea." The "steering away" technique of keeping aloof influenced the general uses of the word relating to physical or emotional distance or indifference.

His bearing was aloof and disconnected from his audience, and yet he maintained that intense stare that bordered on the psychopathic.
— Antonio Garcia Martinez, Vanity Fair, Summer 2016

Aloof is based on the prefix a- and louf, an older variant of another nautical term luff, which refers to sailing a ship nearer to the wind. 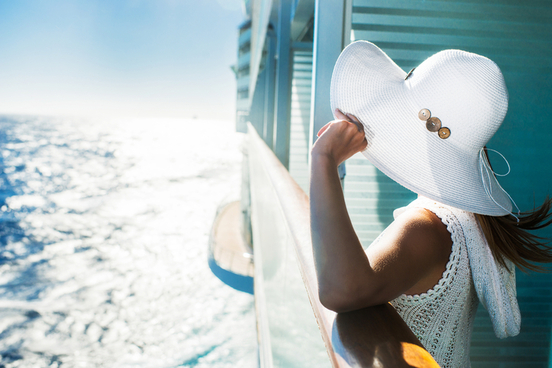 Definition: of the finest quality

A1 was first used to mean "having the highest qualifications" in reference to commercial ships. The term referred to the highest possible rating in the system instituted prior to 1800 by that very famous insurer of almost everything, Lloyd's of London. (To date, Lloyd's has insured food critic Egon Ronay's taste buds, soccer star David Beckham's legs, and business magnate Richard Branson's Virgin Galactic private spaceship.) Lloyd's registry of ships explains the A1 rating in this way:

The character A denotes New Ships, or Ships Renewed or Restored. The Stores of Vessels are designated by the figures 1 and 2; 1 signifying that the Vessel is well and sufficiently found.

Since shipping was of such great importance to the British economy in the 18th and 19th centuries, and since Lloyd's was so well known, the rating system became part of the public consciousness. It was soon common to express one's admiration for a vessel by referring to it as an "A1 ship."

From there, A1 acquired the figurative sense "of the finest quality" or "first-rate," and was applied to anything regarded as an outstanding example of its kind. The earliest known use of A1 in this sense appeared in Charles Dickens' novel The Pickwick Papers, in which Sam Waller says, "He must be a first-rater," and Mr. Roker replies, "A1." 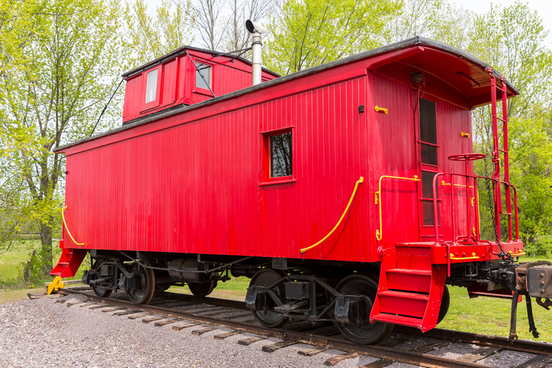 Definition: a freight-train car attached usually to the rear mainly for the use of the train crew

The "railroad car" sense of the word caboose is a 19th-century Americanism. Caboose was used previously in English to refer to a hut and, earlier, to refer to a ship's galley or a deckhouse where cooking was done. The traditional caboose, which was usually attached to the end of a freight train, was used by the train's crew in a number of capacities. It contained a stove for heating and cooking and also was occasionally used as living quarters, which makes its connection to either a galley or a hut easy to see.

The word caboose probably came into English from the Dutch word kabuis, which in turn derives from the Middle Low German word kabūse.