How a Mistake Gave Us the Word 'Cherry'

One common complaint against English is that it's completely illogical, and that illogic results in errors sprinkled throughout the language like kudzu—errors that threaten to overrun the language unless we start hacking away them. 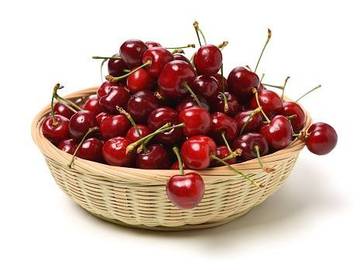 The Old North French word for 'cherry' is 'cherise'. English speakers heard the 'se' at the end of the word and assumed it was plural, 'cherries', and that the singular form of the word must then be 'cherry' (ok, they spelled it 'chery').

Many perceived errors of logic really aren't, however: they are merely underscored by a logic that is opaque to modern English speakers. For instance, why is it drink, drank, drunk and sink, sank, sunk, but not think, thank, thunk? Aren't all the -ink verbs related? No: drink and sink are descended from a different class of verbs than think is. The logic is there, but you won't recognize it unless you know Old English.

That's not to say that errors don't find their way into the language. Aha: decimate!, you may cry, or irregardless! No, the error we're thinking of is cherry.

Yes: cherry is actually a mistake and if you care at all about English's correctness, you should stop using it right away to refer to the small stone fruit.

In Old English, there was a word fragment that was used to refer to cherries: ciris. We say "fragment" because we most often find the word in combinations like ciristrēow and cirisbeam, which both mean "cherry tree," and cirisæppel, the word that means "cherry." That Old English fragment has a standalone cognate in Old North French, where cherise means "cherry." So far, so good.

Though an error, cherry doesn't seem to bother people. In fact, we've done this very thing several times, and there's been nary a whimper of complaint about it. The other notable example is the singular pea, which was taken to be the (false!) singular of the word pease. Pease hasn't disappeared, though: the original exists in the nursery rhyme "Pease porridge hot // pease porridge cold // pease porridge in the pot // nine days old" (to which we say, yuck).