Can You Use 'Invite' as a Noun?

People have been sending invites since the early 1600s 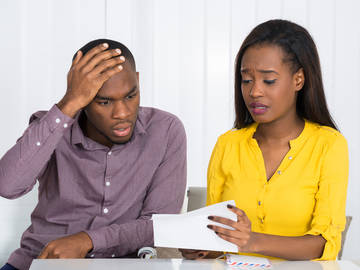 You don't have to use 'invite' as a noun, but there's no reason to judge other people for doing so.

We do provide a definition for the use of invite as a noun, and here is what some of the people who use our dictionary have to say about this:

We will briefly address these concerns in order: 1. invite is a verb and a noun, and the noun did not originate in the “past few years.” 2. Using invite as a noun does not make you sound like an “illiterate moron.” 3. The English language is not “quickly deteriorating.” 4. The Oxford English Dictionary (OED) does not describe the noun form of invite as “slang”; they label it colloquial (“used in or characteristic of conversation, especially familiar and informal conversation”), which is not the same thing as slang. 5. The use of invite as a noun may not be quite ubiquitous, but it is quite common, which is why we have an entry for it.

When did invite begin to be used as a noun, if it was not in the last few years? Currently, our oldest citation is from the early 17th century.

Such be to me, she said, as when the Invites
Of Iuno summon you to Venus Rites.
—Ovid’s Metamorphosis Englished by G.S., 1628

The use of invite as a noun is not restricted to the 17th century and recent years; it may be found fairly often throughout the last several centuries. For much of that time, it has been used in poetry, or in an attempt to replicate dialogue; these forms of writing may take a certain amount of license with language, but that does not mean that the words they use are not real.

His bow—what bow-wows on two legs delight
To copy, when they get a kind invite
To dance with little ladies all in white.
—Bentley’s Miscellany, Jan. 1841

Yes, my fine fellow with a seat in the stalls, and a three cornered note sealed with a hart and a dart a la cat’s meat, accepting your kind invite for the following Sunday.
—The Theatrical Journal, Sept. 1849

If this makes you break out in a linguistic rash, you may continue to avoid using invite as a noun yourself, much as you may continue to avoid any gatherings which send you invites, rather than invitations. However, the word does meet our criteria for inclusion as this part of speech. And just in case we have not yet done enough to ruin your holiday spirit....gift can be used as a verb.