Do you feel good? We hope so, but it's also possible that you feel well, rather than good. A third possibility is that you do not distinguish between these two ways to feel. And a fourth distinct possibility is that, having realized you are beginning to read yet another article on the minutiae of English usage, you feel something more akin to bored. 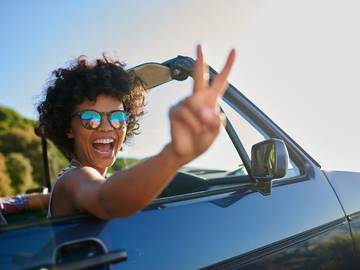 Don’t worry, we feel you (emotionally, not physically), but someone has to navigate the Scylla and Charybdis of how to respond when someone asks the dread question “How are you?”

There is a century-long tradition in English of telling people who say “I feel good” that they should respond instead with well. One explanation for why it is wrong to say that one feels good is that good applies to morality, and not to physical well-being.

One of the most usual, and most uneducated of all daily, indeed hourly, mistakes is “I feel good” for “I feel well.” This is absolutely illiterate. Goodness refers to morality, not health.
— Vogue, 1 Feb. 1923

There are some modes of expression so generally used that they have become part of the people’s rightful speech; but they are, and probably always will be wrong, in well-educated ears. One of these is, “I feel good,” for “I feel well.” “Good,” so employed, refers to moral health.
— Anne Singleton, The Washington Post, 9 Aug. 1927

Another form of opposition to feeling good is that good is commonly used as an adjective, and so the verb feel should be followed by the adverb of well. This argument contains problems. One is that well may be an adjective, adverb, noun, verb, or interjection, and good may be both adverb or adjective (and noun). Also, feel is a linking verb, which means that it may be modified with an adjective, rather than an adverb.

The admonitions not to use good where one could use well appear to have come about in the 19th century, and were initially in response to people saying they did good, rather than felt good.

The adverbial use of good is fairly old in English (about a thousand years or so), but in the 19th century began to be seen as unduly colloquial, or improper. There is still considerable evidence of such use in modern writing (particularly in coverage of sports), but if you want to convince certain people that you write good you will use well rather than good when modifying action verbs (such as write).

So just as it’s totally fine to say “I feel bad,” it is also fine to say “I feel good.” Unless, of course, you are using feel as an action verb, rather than a linking one, with the meaning of “to handle or touch in order to examine, test, or explore some quality.” If this is the case you should either rephrase your sentence or get yourself to a doctor, depending on how you feel.