Feel bad is the grammatically correct version when describing that you don't feel well physically or emotionally. "Feel," like all other sense verbs, can double as an action verb or a "linking verb," where it connects the subject with a clause describing the subject. Something can "look delicious" but not "look deliciously," and we "feel sad" and not "feel sadly." Feel badly is likely heard often due to the adverbial use of "bad" in examples like "it hurts badly."

"I feel so badly about correcting their grammar."

OR WAIT: "I feel so bad about correcting their grammar."

Which one is it? Feel is a verb, so shouldn't what comes after it be—and look like—an adverb?

The answer is: no. 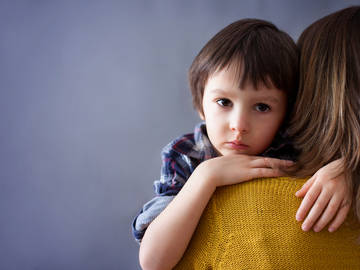 Feel is a particular kind of verb called a linking verb. (Another term for linking verb is copula or copulative verb.) Linking verbs are not like regular action verbs. They function only to connect the subject of a sentence or clause with words that describe or identify that subject. And those words are either adjectives (or adjective phrases) or nouns (or noun phrases).

There are a number of linking verbs in English, among them be, become, seem, and all of the sensory verbs: smell, look, taste, sound, and feel. And while each of these can also be used as an action verb, it's easy to tell when they're being used as linking verbs, as in these cases involving the sensory linking verbs:

Except let's stop at that last one again because, unlike the other "NOT" versions, we do, in fact, hear and read it—and often from people who know their way around an English sentence.

Why do People Say "Feel Badly?"

The common wisdom is that it's a case of "hypercorrection": we apply a rule of grammar in a situation that isn't quite the right one, and the result is a nonstandard linguistic form or construction. In this particular case, people who have learned to favor "it hurt badly" over "it hurt bad," and "need it badly" over "need it bad," use "feel badly" because they assume it is similarly superior to "feel bad."

I feel strongly that the pies should be shared equally.

And that's where the goofy grammarian's joke about people who feel badly being unable to experience tactile sensations or being capable only of apathy comes from.

But some people make a considered distinction between feel bad and feel badly, choosing feel bad when feel is about physical health and feel badly when feel is about an emotional state. Others switch them with just as much intention. These uses are established enough that some dictionaries (including Merriam-Webster Unabridged) cover badly as an adjective; it is, after all, following a linking verb.

There was a time, mostly in the 19th century and mostly because bad was thought to only mean "somewhat evil," that people were advised to use feel badly for both physical health and emotional states. Modern advisers recommend feel bad in both contexts.

Interestingly, the same folks typically approve the use of feel well to describe one's health and feel good to sing along to James Brown. Feel good is also approved for both. Well and good are both adjectives in these cases. Which is, of course, all well and good.