Over a hundred people will be annoyed by the answer.

At Merriam-Webster we have a proud tradition, over a hundred and sixty years old, of attempting to describe the English language as it is actually used, rather than how it should be used. And contrary to what you may have heard, we are not in favor of getting rid of all the rules; we just want to get rid of the specious ones (yeah, you heard right…we said specious). Like the one which states that the use of over in the first sentence of this paragraph is somehow wrong. 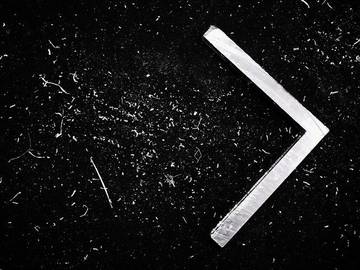 'Over' meaning "more than" has been in use since Old English.

Some people are of the opinion that over should not be used in the sense of “more than,” as they think this word is properly only applied to spatial relationships. This quantity meaning is one of a number of senses of the word which were at one point thought improper. Ambrose Bierce provided several of these in his early 20th century usage guide, Write it Right:

Bierce appears to have based his objections to the “more than” sense of over on the fact that it was included in the Index Expurgatorius, the list of forbidden words compiled by William Cullen Bryant, editor of the New York Evening Post. There were several other senses of over which were objected to in the late 19th and early 20th centuries; although we seem to have moved past the rest of them, there still are occasional objections to the “more than” use.

The reason that this rule is problematic is that we have been using over to mean “more than” since Old English, and this use has been widespread in all varieties of the language.

But Reynolds having conveyed over fifteen hundred Men upon Planks, reduced them to his Obedience, giving the men liberty to remove to other places.
— George Bate, Elenchus Motuum Nuperorum in Anglia, 1685

Over two hundred friends from my district came.
— Tip O’Neill (with William Novak), Man of the House 1987

The fact that this questionable use of over was widespread with some our best writers (and some of our worst) did not seem to bother many people from advocating it as a rule. An article in Time magazine in 1948 pointed out one of the more striking examples of how this might be inconsistent, noting that the Detroit Free Press forbade its reporters using over in this way, while the paper proudly blazoned its motto “On Guard for Over a Century” on its front page.

If you feel the need to restrict yourself to writing or saying “more than” rather than “over” you may continue to do so. And if you're really into retaining the proscriptions of a 19th century poet and newspaper editor then here are some of Bryant’s other rules, which are just as applicable today as the one he made about over. Henceforth stick to pantaloons rather than pants, jeopard rather than jeopardize, and avoid all uses of the words lengthy, talented, and taboo.