Calling In a New ‘Brigade’

A dark tactic in internet democracy. 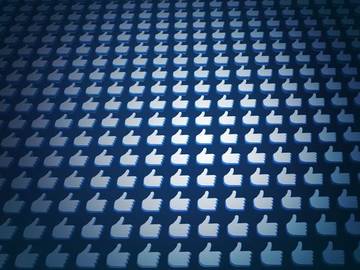 The word brigade might make you think of a body of troops in an army or fighting force—as in Tennyson’s The Charge of the Light Brigade, his 1854 poem about the doomed efforts of Lord Raglan and the British Light Cavalry during the Crimean War—or a group of people banding together for a task, as in a bucket brigade bringing water to put out a fire.

Brigade derives via French from the Italian verb brigare, meaning “to fight,” a root it shares with brigand (“one who lives by plunder usually as a member of a band : bandit"). The noun brigadier derives in part from the French word brigade.

As a verb, brigade can mean simply “to form or unite into a brigade”:

The Regiment could not halt for reprisals … . Its duty was to go forward and make connection with the Scotch and Gurkha troops with which it was brigaded.
— Walter Scott, “The Drums of the Fore and Aft,” 1898

A New Use of 'Brigade'

A new sense of brigade is taking hold, one that is driven by social media and the trend of allowing Internet users to record likes, votes, and comments on everything imaginable, an attachment of quantifiable data to the marketplace of ideas.

A user with the handle @NYforbernie2020, who is a volunteer for the Sanders campaign and other socialist candidates, deleted a poll last week pitting the Vermont senator against Yang after a post on r/YangForPresidentHQ directed members to brigade it. Before the poll was removed, 72 percent of the 13,731 participants had voted for Yang.
— Aaron Mak, Slate, 26 Aug. 2019

As it pertains to things like online voting and user rankings, brigading occurs when a large number of computer users deliberately give a ranking to something (such as a movie or restaurant) or vote in a poll so as to create a result that likely would not have occurred if only the usual sample of respondents had voted or ranked.

Such a tactic often has a personal or political motivation behind it, the intent being to deflate (or occasionally inflate) the reputation of a product, business, or work of art. It is a banding together to game the vote, giving the artificial impression that the opinions or objections of a subset of voters represent the populace at large.

When Amazon.com listed “Judah Maccabee Goes to the Doctor” last year, Koffsky was excited. She refreshed the page continually. The first three reviews (all five stars) gushed about the book. The flood of negative comments, an online tactic known as brigading, came without warning. “All of a sudden,” she said, “I had one-star reviews.” Anti-vaccination reviewers tried to sink the book's rating in a coordinated, 48-hour campaign a month before Hanukkah.
— Ben Guarino, The Washington Post, 9 Apr. 2018

The History of Brigading From Petitions to Upvotes

In a way, brigading is something that has been around since long before the internet. For example, getting a group of friends to sign a petition, even if they aren’t particularly attached to the matter at hand, could certainly qualify as brigading, since it achieves the same goal of making it look like there is greater support or demand for something than there really is. But because the internet works at the blink of an eye—or the click of a finger—things like poll results can be altered significantly in a short amount of time, often from the efforts of a large group of respondents working anonymously. And that is how brigading has earned notice as a phenomenon.

Many early references to brigading pertain to the popular internet forum Reddit, where posts and comments alike can be scored with an “upvote” or a “downvote,” allowing greater visibility to the content rated most positively.

There’s a reason that downvote brigades are against Reddit’s etiquette standards. The brigades are a kind of cheating that fundamentally undermine how Reddit works—democratically sorting posts within communities. By selectively targeting certain comments, groups can effectively censor content they disagree with. Reddit admins take this kind of thing very seriously.
— Kevin Morris, The Daily Dot, 11 Nov. 2011

Now brigading happens in all sorts of forums, including Twitter, where strategic retweeting gives an article exposure to a larger number of readers. This sort of contrasts with tweets or articles that get ratioed, meaning they are so outrageous or unpopular that they generated significantly more comments in response than they do like or retweets.

Did you enjoy this article on brigading? Then please feel free to like and share it—but only if you mean it.