A quantitative measure of how little they like your take.

Online etiquette moves pretty fast, and if you don't stop and look around every once in a while, you might miss it:

Can you spot what ... sticks out ... with those numbers? If you just said, "Oh, ratioed," congratulations: you are aware of the hottest new trend in online blunders.

Ratioing (yes, it's really a word) is common enough on Twitter that it has its own hashtag: #ratioed (also really a word). It refers to the negative response that a tweet gets. 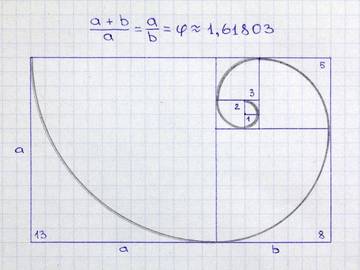 The Ratio, it is golden.

Ratio obviously predates Twitter. The word was borrowed into English in the 1500s and originally referred to the faculty of reason, and then later to a reason itself. But in the 1600s, ratio was taken from the realm of rhetoric and applied to a mathematical concept:

Ratio (or rate) is the mutuall habitude or respect of two magnitudes of the same kind each to other, according to quantity.
— Isaac Barrow (trans.), Euclide's Elements, 1660

The reapplication may seem like quite a jump in meaning, but the mathematical use wasn't built off the earlier English meanings of ratio. It was a direct borrowing from the Latin word that gave us ratio—which is conveniently ratio. In Latin, ratio meant everything from "reason" to "calculation" to "proportion," and it was this final meaning that was drawn upon for the mathematical and English ratio.

Ratio continued to trend mathematically, even if it did have some figurative use outside the realm of measurable numbers ("There is an inverse ratio, a little beyond our analytical skills, between Shakespeare's virtual colorlessness and his preternatural dramatic powers," Harold Bloom, 1994). By the early 1900s, its handiness led to its inevitable verbing:

Speed ratioed. The fastest horse has run a mile in about 95 seconds; a railway train has covered the distance in 30 seconds...and an airplane in 11 seconds.
— Lima (Ohio) News, 14 June 1928

As a verb, ratio refers to expressing something as a ratio, or to comparing one value quantitatively to another value (as in the quotation above).

On Twitter, the word ratio took on new life in March 2017, when a user pointed at a tweet by Utah Representative Jason Chaffetz, then the head of the House Oversight Committee:

The tweet itself seems innocuous—until you know that he had been under fire for his unwillingness to investigate president Donald Trump's potential conflicts of interest. Twitter users called Chaffetz to account by replying to the tweet, leading Twitter user @85mf to observe, "Nothing on this site makes me happier than reply-to-RT ratios like this."

If the Replies:RT ratio is greater than 2:1, you done messed up.

The Ratio was born. Generally speaking, the more replies a tweet gets over likes or retweets, the worse it is. In April, 2017, Esquire writer Luke O'Neil helpfully explained The Ratio in an article titled "How to Know if You've Sent a Horrible Tweet." By June 2017, ratioed was being used on Twitter of any person or tweet that ran afoul of The Ratio.

But numbers don't tell the whole story. Ratioed is only used when the replies are overwhelmingly critical of the original tweet; replies that are positive responses, or replies that are long, derivative threads don't count as ratioing. The exception proves the rule:

The Roy Moore horse riding Tweet by @politico has perhaps the first instance I have ever seen of a good RATIOing. I'm amazed. pic.twitter.com/d180kNqfba

Right now, this new verb is limited to Twitter interactions. Only time will tell if we will start ratioing one another in real life.