The English language likes new words. It likes new words so much that it sometimes invites one in even when that new word looks and sounds exactly like an existing word. That is exactly what happened with booty. 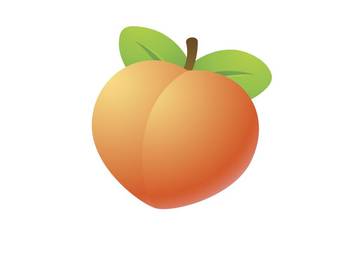 Peaches, as a source of vitamin C, may have helped pirates in search of booty to avoid scurvy

If swashbucklers or pirates or swashbuckling pirates are your thing you likely associate the word booty with what is also called plunder: stolen money or goods. In its earliest use booty referred explicitly to valuables taken in war—that is, to the spoils of war. In international law, booty was for a time used specifically to refer to valuables taken on land as opposed to those taken at sea, the latter being known as prizes. Pirates, being lawless and all, may have felt OK about ignoring the distinction. Earliest known evidence of this booty in English is from the 15th century. This word ultimately has its origin in a Low German word meaning "share, plunder."

All of this has nothing at all to do with the other kind of booty.

The much newer word booty (which is also sometimes styled bootie) refers somewhat playfully to, ahem, the buttocks. (It also is sometimes used as a synonym for sexual intercourse.) It's a slang word that has surprisingly old origins: it comes from bottie, an Early Modern English (early 16th century to the mid-late 17th century) word meaning "buttocks." The modern English form booty, though, does not appear until a couple decades into the 20th century.

What was the word doing all that time? It apparently left Merry Olde England for warmer climates. Though the details aren’t entirely clear, we know that today's booty is an alteration of an English-based creole word, with an intermediary ancestor apparent also in words from Jamaican Creole, Sea Islands Creole, and Krio, an English-based creole spoken in Sierra Leone.

We know too that English has been glad to have it back: this booty is not hard to find out and about, as anyone who pays attention to popular music can attest.