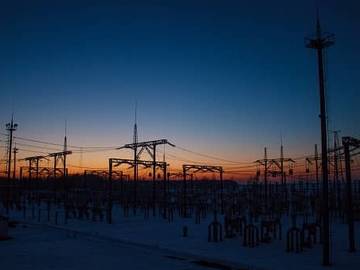 If there's ice cream in the fridge, eat that first.

Summer is once again upon us, stomping about itchily and bringing with it the usual myriad of indignities (heat, sunburn, people who insist that the beach is enjoyable). These estival hardships are usually offset by the ability to sit in a quiet dark room with the air conditioning on. But what if there’s a blackout? Then you are stuck in a quiet dark room with no air conditioning, wondering about things such as ‘where does the word blackout come from?’ We’re so glad you asked.

The blackout we all dread in the summer (“an action of blacking out, as through the interruption of electrical power, an object or area”) came about in the early 20th century, shortly after we all began having enough electricity to strain a power grid.

There was a “black out” of the electric light, which for some time added to the general uneasiness.
— The Scotsman (Edinburgh, Scot.), 6 May 1932

The central area of Boksburg was in complete darkness for almost two hours last night. The “black-out” was caused by a flash of lightning striking the high tension wires in Station Street between Leewpoort and Commissioner Streets and bringing down the overhead feeders and netting guard.
— Rand Daily Mail (Johannesburg, S. Afr.), 12 Apr. 1934

Perhaps coincidentally, at about the same time that we see written evidence of blackout in the sense of ‘the lights went out again,’ we also see evidence of the word in the sense of “a transient dulling or loss of vision, consciousness, or memory” (many of the early uses of this word appear to have been prompted by the afflicted party consuming a significant amount of alcohol).

He there had some champagne—perhaps three glasses; it was difficult to say exactly … When he entered his car he remembered using the ignition key and after that there was a “black out” for nearly an hour.
— The Observer (London, Eng.), 27 Jan. 1935

Prior to these accidental blackouts, the word was used for a cessation of light in the world of theater, referring either to a turning off of the stage lighting for the purpose of separating scenes in a play or of closing a skit in a revue, burlesque show, or musical comedy or to a skit that ending with a blackout.

The alleged automaton is dressed as a German cavalry officer. He is hoisted in a box almost to the flies. There is a “black out,” and he reappears in spangled tights, suspended from a trapeze.
— Variety (New York, NY), 23 Sept. 1911

The show warmed up slowly with Samstad and Marion, a physical culturist and woman assistant, with a near-act draped around a bachelor’s dream following his reading an advertisement anent a girl who want to marry a man with the form of an Apollo, etc. This is excuse enough for a black out, with the girl appearing, following with some interesting stunts of lifting and posing….
— Variety (New York, NY), 11 Feb. 1921

In early use the noun is typically rendered as an open compound (black out); following the usual migratory patterns of compounds, over time the word shrank a bit and now is written as blackout. The verb, however, remains open, in spite of it having been in use for a century or so longer than the noun.

Capt. D. adds that he went on board said schooner, and found that her name had been blacked out; but that he, by making use of spirits of turpentine, found her name to be the “Caniradiction, of Baltimore,” and “Vienna” could be distinguished under that of Baltimore.
— _Boston Daily Advertiser, 27 Aug. 1819

One Word or Two?

The word blackout, like so many other English words, is highly polysemous, and capable of meaning many different things. In addition to referring to a lack of electricity the word also carries such meanings as “a blotting out, suppression, obscuring, or cessation especially when temporary,” “a condition of severe loss of radio signal during intense phases of magnetic storms,” and “a restriction or prohibition of the telecasting of a program to which admission is charged especially in the area of origination.” What it does not mean, we promise, is ‘the beach really is fun, especially during a blackout.’