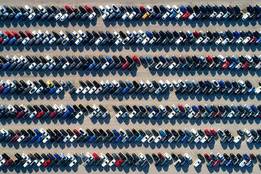 C'mon, Of Course 'Myriad' Is a Noun

Some say it's just an adjective, but we say no

We're not entirely sure who first decided that myriad should not be used as a noun. Somewhere along the way, someone made the ruling that it is most properly an adjective, but we are here to tell you that that is simply not true. Myriad is a noun, and if anyone tells you otherwise, feel free to print this article and shove it in their very wrong hands. 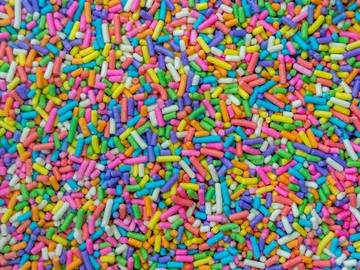 There are a myriad of reasons.

One will occasionally find usage guides (professional and otherwise) specifying that myriad should not be followed by an of, which is another way of saying it's just an adjective. The problems with this idea, however, are both historical and contemporary. The earliest evidence we have for the word goes back to the middle of the 16th century, and at that time it existed solely as a noun.

The breaking of 300 earthen pottes, was a sclender pol|lycie to make so many Myriades to flee and one to kille another.
— John Aylmer, An Harborowe for Faithfull and Trewe Subjectes, 1559

The word does not begin to appear in any adjectival sense until the 18th century, almost 150 years after when it was first recorded as a noun. And at this late stage myriad only takes on this new part of speech due to the poets getting their filthy paws on it (poets have been messing with words and their meanings for many centuries).

At Chiari too
Out brave the Foe
Afraid, unlike Gaul’s valiant Host,
By Myriad-Heaps below to post;
Or e’re retreat from Oglio!
— Joseph Harris, Leighton-Stone-Air, 1702

This is not simply a matter of us scouring through our dusty files in order to be contrarian. Myriad has been commonly used as a noun for almost five hundred years.

Since that Easter time a great change had come over the prospects of Florence; and as in the tree that bears a myriad of blossoms, each single bud with its fruit is dependent on the primary circulation of the sap, so the fortunes of Tito and Romola were dependent on certain grand political and social conditions which made an epoch in the history of Italy.
— George Eliot, Romola, 1863

The walls are sweetly melancholy with prints of a past voluptuousness. A myriad of tiny glass pendants impale the atmosphere on their darting points.
— Djuna Barnes, Two Ladies Take Tea, 1923

The guard's interest in them was limited to scrutinising their faces and reactions. Not quite sure, he decided to take up a position where he was, covering the length of the corridor and the myriad of doors.
— Eddie Iroh, The Siren in the Night, 1982

Everyone is, of course, entitled to be passionate about language, and to nourish a personal stable of pet peeves and linguistic grudges. However, as language professionals, we are obligated to point out that if ‘MYRIAD CAN ONLY BE AN ADJECTIVE!!!’ is the hill that you have chosen to die on….you might want to look for a bigger hill.