The 'Best' Way to Sign Off On An E-mail

The quickest way to wish them well before you hit send

You're staring blankly at a screen, contemplating the best way to sign off on an e-mail of a professional nature, and then it hits you: Best is a good choice.

Tracing back to the Old English epic poem Beowulf, the word has functioned superbly in the language as a superlative of the adjective good and the adverb well for centuries, but only relatively recently has it taken on the role of closer. 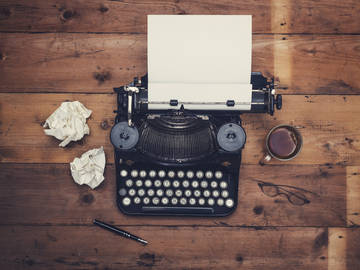 Not sure how to start or what to put in the middle, but you've got the sign-off down.

The origin of best as a closer for correspondence begins with the phrase "best wishes," which has been used to express hope for a person's future happiness or well-being since the 16th century, as demonstrated by the Earl of Essex in a 1595 letter: "This … is … accompanyed with my best wishes, from your lordship's most affectionate cosin and friend."

In the early 20th century, the phrase was called upon as a suitable closing for a letter. An early example of this is in a letter penned in 1936 by Welsh poet Dylan Thomas, "Let me know all about it, won't you? Best wishes, Dylan." Around this time, people also began to omit wishes from the long-standing phrase and use singular best as a terse way to express their best wishes for another. Evidence of this is found in a letter by F. Scott Fitzgerald in which he mentions that "Zelda sends best." This sense of best is now commonly found with a possessive adjective in collocations like "I send my best" or "give her my best" and gave rise to the closings "My best to you," "My Best," and "Best," whose first known usage is in a 1968 card sent to the writer Larry L. King that ends "Best, Bill."

Usage of best to close correspondence has since flourished. Certainly, there are critics of this 4-letter, elliptical valediction; however, to most its simplicity crisply connotes a sense of goodwill without sounding stuffy or disingenuous.