A few (soft) words about it

ASMR stands for "Autonomous Sensory Meridian Response." It typically refers to the "tingly feeling" that travels from the head downward that some experience in response to certain sounds, feelings, or descriptions. These can include soft whispering, crinkling paper, or a gentle touch. 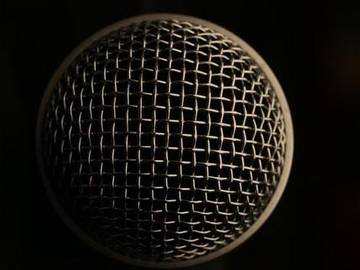 Turn the volume up.

What is ASMR? It is an acronym for "Autonomous Sensory Meridian Response" (which is not officially classified as a condition by the sciences) that is first bandied about on the internet around the close of the first decade of the 2000s. For the most part, the words making up the name are self-explanatory, but you might be wondering about meridian. Meridian generally refers to a high point in excitement, but technically it refers to any of the pathways along which the body's vital energy flows according to the theory behind acupuncture. Autonomous also has specialized meaning: it can refer to involuntary physiological responses or to the autonomic nervous system, which autonomously regulates bodily functions, including sexual arousal. ASMR, however, is a nonsexual response. According to the modest ones who answered questionnaires on the topic, it is simply a tingling feeling that starts at the top of the head and trickles downward—and is characteristically triggered by a person softly whispering into a camera and making random hand movements along objects.

Those who are able to experience the ASMR sensation can be stimulated at a salon when a stylist is gently shampooing his or her hair, or simply attentively cutting it, or when a pedicurist is softly massaging his or her foot. They can also be stimulated by a soft-spoken description of subtle movements (as flipping through a magazine, crinkling paper, stirring a bowl of soup, eating a pickle, folding laundry, or combing hair) or of a virtual massage, makeover, or medical checkup. The person gently handling and talking about the merch on the Home Shopping Network might also bring on an ASMR sensation for some.

The key to the ASMR experience is said to be a feeling of intimacy and connectedness; every hushed movement and whisper needs to be focused and personalized to make the audience feel appreciated.

A fairly well-known ASMRist (ASMR artist) was nimbused television painter Bob Ross, who would bring on ASMR in his audience with his soft, even voice and calm brushstrokes.

Ross, who died in 1995, has found a remarkable afterlife as ASMR sage. "He's sort of the godfather of ASMR," says Joan Kowalski, the president of Bob Ross Inc. "People were into him for ASMR reasons before there even was an ASMR." The painter knew—and never minded—that his program put viewers to sleep, she insists. "People would tell him, 'I don't want to hurt your feelings, but I never make it through your show. I'm out 10 minutes in.' He played into it once he realized it was a thing." Decades later, we've got a rudimentary sense of why Ross's show was so popular. The first thing to know about ASMR is that it can be intensely pleasurable. The second is that, despite terminology like "brain orgasm," it is not a sexual experience—well, not inherently sexual. Like anything online, it can be sexualized if you're into that sort of thing, says Richard.
— Zach Schonfeld, Newsweek 7 Sept. 2018