Even though we might not think of adjectives as being assigned a gender there are obviously certain words which are, whether justified or not, more often used for one sex or another. Beautiful, for instance, is more likely to modify the word woman than man, and handsome is the reverse. It is not very difficult to find instances of "beautiful man" or "handsome woman," of course, but the preponderance of use is well established. And then there are certain adjectives we tend to use with specific genders, without thinking much about it, or noticing that we are doing so. 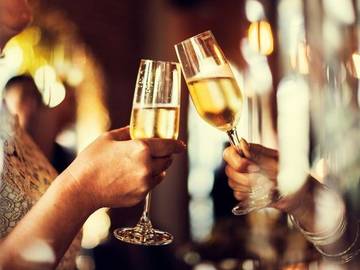 In the 16th through the 19th centuries, the word was often found describing women. Lately, not so much.

There is nothing in the meaning of this word, or in its etymology, which would suggest it is more applicable to men than to women, yet the English-speaking people appear to have a strong tendency to do so. The definitions we give to affable are “being pleasant and at ease in talking to others” and “characterized by ease and friendliness,” neither of which is peculiar (or even predominant) to men. The word can be traced back to the Latin affārī, meaning “to speak to, address,” and has been in use since the 15th century.

The only usage rule which appears to have been proposed for affable is that it retain its earliest meaning, which carried with it an air of condescension, implying that the affable party was dealing with social inferiors.

’Affable’ and ‘affability’ are used properly only when speaking of the bearing of a superior to one who is socially or otherwise an inferior.
— Charles Lurie, How to Say It: Helpful Hints on English, 1926

The same charge that my neighbour Phylocalus hath here giuen to his children, the same I do pronounce vnto you, and furthermore do charge you that you become gentle and curteouse to each other, humble to your betters, and affable to your inferiours in all respectes.
— George Gascoigne, The Glasse of Gouernement, 1575

The broader sense of affable (not making note of social class) has been in use for almost as long, and this suggestion that we use the older sense exclusively has failed to gain traction.

Affable has not always been entirely weighted towards describing men; in the 16th through the 19th centuries, at least, it was not uncommon to see the word referring to women. At some point in the modern era, however, English speakers seem to have all got together and agreed to change this habit. For some entirely unscientific evidence, we’ve looked over all the cases in which The New York Times used affable over the past twelve months. The word occurred in 102 articles, 4 of which described women, 85 of which described men (in the 13 other cases affable was used to describe non-human things, including a conga line, email, musical compositions by Robert Ward, cats in general, and one male dog).

This is not a slight against The Times, whose writers employ affable in a ratio that is not at all unusual today. Nor is it an exhortation that you must begin using it to describe women right this very minute (although you certainly may, if you choose to). Think of this more as a reminder that the currents of our language are deep and occasionally mysterious, gently nudging us along a paths we don't even see, composed of unknown unknowns and rules unwritten. But go ahead and start using it for women anyway.