How to observe proper usage etiquette

Baseball (and language) fans may cringe at the following citation:

A Red Sox fan making a ceremonious first pitch … at Fenway Park accidentally nailed a photographer in the groin after letting the ball get away from him during his throw.
— MailOnline, 17 Aug. 2017 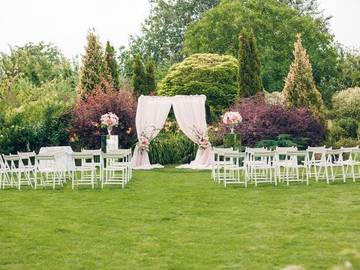 Remember the ceremonial application of sunscreen.

We can also turn to the suffix of ceremonial to ascertain that it is the correct word. The -ial suffix gives adjectives their basic meanings beginning with the well-known phrasing "of, relating to, or characterized by," giving ceremonial its sense "marked by, involved in, or belonging to ceremony." "The ceremonial first pitch" then roughly translates as "the first pitch relating/belonging to the opening ceremony."

The sense development of ceremonious also evolved in line with its suffixal meaning. The suffix -ious gives adjectives the sense of "full of" or "abounding in." Hence, we have ceremonious describing people "fully devoted to forms and ceremony" and behavior "fully in accord with formal usage or prescribed procedures."

It's hard not to feel a twinge of sentimental joy when newlyweds hit the dance floor, the bride aglow in an embroidered white gown, the groom ceremonious in a dark suit.
— Patric Kuh, The Los Angeles Magazine, 1 Dec. 2014

Designers and creative directors (usually men) squire their "dates" (usually women, dressed in clothes from the designer's collection) in a solemn processional along a red carpet from Fifth Avenue, up the grand staircase, and into the museum for a pre-dinner cocktail party as ceremonious as the U.N. General Assembly.
— John Colapinto, The New Yorker, 12 Oct. 2015

Then let us take a ceremonious leave / And loving farewell of our several friends.
— William Shakespeare, Richard II, 1597

Of the two adjectives, ceremonious occurs less frequently in modern English, but it is the adjective to use when you want to suggest the elaborateness or formality of an act or a prescribed procedure, or—in regard to people—a tendency to formality or ceremony. Ceremonial, on the other hand, is the everyday adjective relating to any kind of ceremony—religious or otherwise—or its prescribed rituals or conventions. Thus, a wedding is a ceremonial occasion but at which the participants need not be excessively ceremonious.