You can't put a price on good advice 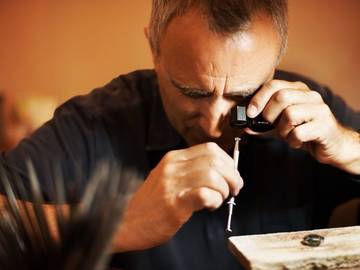 We'll apprise you of our appraisal of this issue.

There are thousands of pairs of commonly confused words in English, a mass of confusion which presents a daunting figure until it becomes clear that most of them are easily distinguished, if one applies a small degree of attention. Some are spelled with slight variations in British and North American English (such as realise & realize) but have no difference in meaning. Others, such as principle and principal, might necessitate a trip to a dictionary for many of us, but are easy to clear up once we're there. One such pair that we're often warned about is appraise and apprise.

The Meanings of 'Appraise' and 'Apprise'

Both words are verbs, both have been in common use for hundreds of years, and both have French roots (appraise is from the Anglo-French preiser, “to prize, praise,” and apprise from the Old French aprendre, “to teach”). When these similarities are combined with the fact that the words are spelled in nearly identical fashion it is easy to see how they might be mixed up. The meaning of each is fairly distinct from the other; apprise means “to tell,” and appraise means “to set a value on.”

They had for a long time been apprised of his secret visits, and suspicious of his designs; but the purity and gentleness of Mary's manners rebuked suspicion, and they hesitated to communicate their observations to her.
— Catharine Maria Sedgwick, Redwood, 1824

Yet, while the little scarred cheek was resting on her ermine in such apparent bliss, there mingled in with the thread of her instructions to the children a determination next day to appraise cheap furs, and see if she could not bless the little one with a cape of her very own.
— Harriet Beecher Stowe, We and our Neighbors, 1875

So there you have it: apprise means “tell” and appraise means “estimate.” Case closed, and now we can leave this topic, and go back to worrying about whether we’ve used inflammable correctly. Except….what about apprize? This is a somewhat obscure word that sometimes functions as a synonym of appraise, and sometimes as a spelling variant of apprise.

(This sort of thing is informally referred to as a switcheroo; scholars prefer more technical language, and tend to rely on descriptors such as Well, Yeah … English, I Don’t Know The Answer To That, and Isn’t It Time For Lunch?)

The sudden appearance of apprize should not serve to confuse the matter of distinguishing between appraise and apprise. For one thing, it is not often used, and so you are unlikely to often encounter it in the wild. And should you decide to use apprize yourself you may take comfort in the fact that it could legitimately mean either appraise or apprise, so you will be correct no matter what.