Aphantasia: When Your Mind's Eye Fails You

The word describes an inability to conceive imaginary or recollected scenes

Update: This entry was added in September 2019 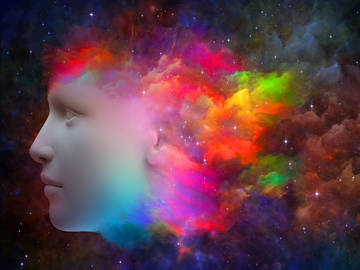 'Aphantasia' describes a phenomenon neuroscientists have only been studying for a few years: the inability to "see" images in the mind.

People with aphantasia cannot form mental images, something recognized so recently by neuroscientists that it has only been the subject of study for a few years, as detailed in an article by science writer Carl Zimmer, who wrote: “it’s as if their mind’s eye is blind.” Through descriptions in the press of people who can’t “see” images in their mind, others have come forward to say that they too can’t form mental images—they perhaps didn’t know that it was unusual, or they just didn’t have a word for it.

Researchers in England who have pioneered the study of this condition invented the term for what they had been calling “imagery generation disorder,” basing it on phantasia, the classical Greek word for “imagination.” The English word phantasm is from the same root, meaning “a mental representation of a real object,” or, more broadly, “something that exists only in a person’s mind.” The a- prefix, derived from Greek, means “not” or “without.” This is a very new word for a newly defined condition, but as increasing numbers of people are identified who can’t “see” with their mind’s eye, it may be used with increasing frequency in coming years.

Another Greek-derived term that relates to how the mind connects images with ideas or names is prosopagnosia, which means “an inability to recognize faces” and comes from the Greek words meaning “face” and “ignorance.” Oliver Sacks wrote about it in The Man Who Mistook His Wife for a Hat, and discovered that he himself also had the condition. A more general term for those who cannot recognize familiar objects is visual agnosia.