An accelerated course of study 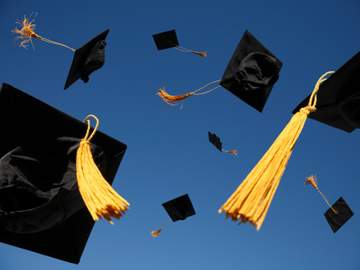 We're not exactly accredited, but we are quite credible.

All Forms of 'Alum-'

At first glance this all seems unreasonably confusing, almost as though it had been fashioned as a test to see whether you should have graduated from that school, but there is an explanation for why there are so many different forms of the word. Before getting to that explanation, here is a quick breakdown of what is currently the most common application of each of these words:

Alumnus, which comes from the Latin for “foster son, pupil,” is the oldest of the aforementioned words, dating in use from the early 17th century. Many words taken from Latin end up developing English plurals (although some also manage to retain their Latin plural forms as well, as with stadiums & stadia, or forums & fora), but alumnus did not; it is only pluralized as alumni. Alumna is usually used of a man in the singular (although occasionally is used of a woman in the singular as well) but often may be found describing men and women in the plural. When used in a more figurative sense (“a person who is a former member, employee, contributor, or inmate”) alumnus and alumni tend to be less gendered.

Alumna (unsurprisingly also from Latin, the feminine of alumnus) has been in used since the middle of the 19th century to refer to “a girl or woman who has attended or has graduated from a particular school, college, or university.” As with alumnus, this word has not developed an English plural, and is only pluralized as alumnae. This word also is found used in a broader manner (“a girl or woman who is a former member, employee, contributor, or inmate”), but is typically only applied to women.

Also dating from the 19th century is alum, a shortening of alumnus and alumna. This word has taken on an English plural, and is pluralized as alums. While alum was initially viewed as highly informal it is increasingly accepted and in use.

All of these words are, as is the English language itself, constantly in a state of flux, and what is considered correct now may be viewed differently in 20 years. If you are concerned about choosing the word that is least likely to arouse someone’s usage hackles think of alumnus & alumni as male, alumna & alumnae as female, and alum & alums as gender neutral.