There is no difference between adviser and advisor besides spelling, and both are acceptable for someone who gives advice. Some people, though, feel that advisor is more formal. Advisor tends to be used for people having an official position—for example, an advisor to the president. 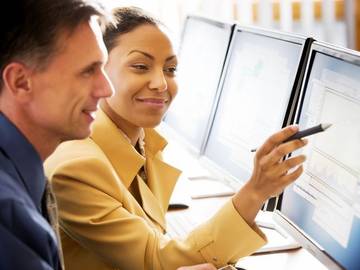 Let's get ready to rumble! (In a quiet, lexicographical manner, of course.)

But really, folks, spelling variants are far too serious a matter for some kind of frivolous boxing metaphor. There are facts to consider:

Beyond these facts, we might also consider the following: adviser retains the e prominent at the finish of both advise and advice, while advisor aligns nicely with supervisor, and plays well with advisory and supervisory.

Also worth considering is the fact that in many cases one or the other is used as part of a person's professional title: the United Nations Office of Military Affairs is headed by the Military Adviser. Sometimes a single organization will use both: the United States government has both a National Security Advisor and a Council of Economic Advisers.

Many publications don’t much care how the title bearer writes the title: they go with their preferred style. Although the U.S. government refers to advisors in discussion of the National Security Council and reference to the National Security Advisor, national news organizations overwhelmingly prefer adviser in the same contexts.

And what does all this mean for our two contenders? (You didn't think we'd just give up on a bit, did you?) It means that we have no knockout, but based on the number of punches adviser landed, adviser is today's champion. Advisor is down a few teeth, but will live to see another fight, and has its passionate defenders in the meanwhile.

You have several choices going forward: you can use the reigning champion, adviser, in keeping with the majority and your spellchecker; or you can side with advisor, in fealty to the underdog; or you can choose one for general use and apply whichever is used within a particular organization for those contexts. What fate decides in the coming rematch is (sort of) in your hands.