Sounding the bell for etymology

A curfew today is a restriction which limits a group of people from being outside their homes past a certain time. The original use of the word however, dates back to the 14th century, where a "curfew" was an evening bell which warned people to cover their fires for the night, to prevent their homes, and their neighbor's homes, from accidents. 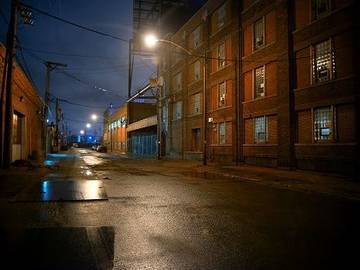 The word comes from the Anglo-French 'coverfeu,' made from the words 'coverir' (“to cover”) and 'feu' (“fire”).

What Does Curfew Mean Today?

Most of us are familiar with at least one sense of the word curfew, as we have likely been given one at some point of other in our lives (“the time set by a parent at which a child has to be back home after going out”). In addition to serving as a word for the restriction placed on children, a curfew may refer more broadly to a regulation prohibiting any group of people from being outside their homes past a certain hour.

The spokesman, Geoffrey Harris, said in a telephone interview that he had heard gunfire in the streets for three hours and that a midnight-to-5 a.m. curfew in place since Rawlings' December 1981 coup had been extended to 6 p.m. to dawn.
— Philadelphia Inquirer, 20 Jun. 1983

However, our earliest chronological sense for the word, in use since the 14th century, is “the sounding of a bell at evening.” This bell would ring in order to alert people that they should cover their hearth fires for the evening.

Curfew. A bell which ringing about bedtime, giveth folkes warning, to go to rest and cover their fire.
— John Bullokar, An English Expositor, 1616

This warning was necessary, as many European houses in the Middle Ages were close enough to each other that fires could spread easily from one to the next. The word curfew shows its roots, as it comes from the Anglo-French coverfeu, which is itself from the words coverir (“to cover”) and feu (“fire”). In current use a curfew is rarely, if ever, sounded as a warning to cover fires, unless one interprets at least cover or fire in a highly figurative sense.