1 : the sounding of a bell at evening
2a : a regulation enjoining the withdrawal of usually specified persons (such as juveniles or military personnel) from the streets or the closing of business establishments or places of assembly at a stated hour The city ordered a curfew to prevent further rioting.
b : a requirement that someone (typically a child) be home by a particular time Instead, [parents] should make a point of enforcing curfews and standards of behavior that reflect their family's values …— Pam Carroll
c : a signal to announce the beginning of a curfew
d : the hour at which a curfew becomes effective Austerity has come to Rome, with a midnight curfew, car-less Sundays … — Women's Wear Daily She began to cry because it was past curfew and she was certain her momma would kill her when she got home.— Susan Soo-Hyun Chung
e : the period during which a curfew is in effect
Did you know? What is the origin of curfew? More Example Sentences Learn More About curfew

In medieval Europe, a bell rang every evening at a fixed hour, and townspeople were required by law to cover or extinguish their hearth fires. It was the "cover fire" bell, or, as it was referred to in Anglo-French, coverfeu (from the French verb meaning "to cover," and the word for "fire"). By the time the English version, curfew, appeared, the authorities no longer regulated hearth fires, but an evening bell continued to be rung for various purposes—whether to signal the close of day, an evening burial, or enforcement of some other evening regulation. This "bell ringing at evening" became the first English sense of curfew. Not infrequently, the regulation signaled by the curfew involved regulating people's movement in the streets, and this led to the modern senses of the word.

What is the origin of curfew?

During the Middle Ages, houses in European towns were often made of wood and were close together, and fires could quickly spread from house to house. To prevent this, people were required to put out or cover their hearth fires by a certain time in the evening. A bell was rung as a signal when the time had come. In early French this signal was called coverfeu, a compound of covrir, meaning “to cover,” and feu, “fire.” Even when hearth fires were no longer regulated, many towns had other rules that called for the ringing of an evening bell, and this signal was still called coverfeu. A common coverfeu regulation required people to be off the streets by a given time. That was the meaning of the word when it was borrowed into Middle English as curfew.

Examples of curfew in a Sentence

The teens were stopped by police for violating the curfew. The city ordered a curfew soon after the rioting started. The town was placed under curfew. No one is allowed on the streets during the curfew. He has a 10 o'clock curfew.
Recent Examples on the Web The mayor of Akron, Ohio, declared a state of emergency and imposed a 9 p.m. curfew after protesters damaged property amid demonstrations over the fatal police shooting of a 25-year-old Black man. — WSJ, 5 July 2022 Akron Mayor Daniel Horrigan declared a state of emergency and imposed daily curfew from 9 p.m. to 6 a.m. — Sean Mcdonnell, cleveland, 5 July 2022 Curacao, a Dutch Caribbean island, imposed a curfew on Wednesday morning. — Adam Sabes, Fox News, 29 June 2022 In Chicago, Mayor Lori Lightfoot imposed a curfew in one park after a 16-year-old was killed there, one of the five fatalities as 33 people were shot over the weekend. — James Pindell, BostonGlobe.com, 16 May 2022 Officials in Milwaukee imposed a curfew after 21 people were injured in three separate shootings near an entertainment district where thousands gathered Friday for an NBA playoff game. — Compiled Democrat-gazette Staff From Wire Reports, Arkansas Online, 16 May 2022 Milwaukee Mayor Cavalier Johnson imposed a curfew for Saturday and Sunday nights, beginning at 11 p.m., for people under 21 in parts of downtown bordered by Knapp and State streets, Vel Phillips Avenue and Broadway. — Sophie Carson, Milwaukee Journal Sentinel, 15 May 2022 Mayor Cavalier Johnson said the city imposed a curfew for the downtown area requiring everyone age 20 or younger to be off the street by 11 p.m. for Saturday and Sunday. — Chicago Tribune, 14 May 2022 Mayor Cavalier Johnson imposed a curfew for anyone under the age of 21 for Saturday and Sunday night from 11 p.m. until 5:30 a.m. in a limited emergency order following the shootings. — CBS News, 14 May 2022 See More

These example sentences are selected automatically from various online news sources to reflect current usage of the word 'curfew.' Views expressed in the examples do not represent the opinion of Merriam-Webster or its editors. Send us feedback.

First Known Use of curfew

History and Etymology for curfew

The first known use of curfew was in the 14th century

Listen to Our Podcast About curfew 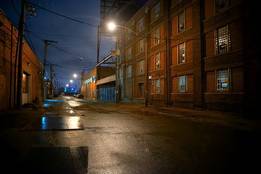 Sounding the bell for etymology

: a rule requiring certain or all people to be off the streets or at home at a stated time

More from Merriam-Webster on curfew