These words have no business meaning what they do. Or do they? 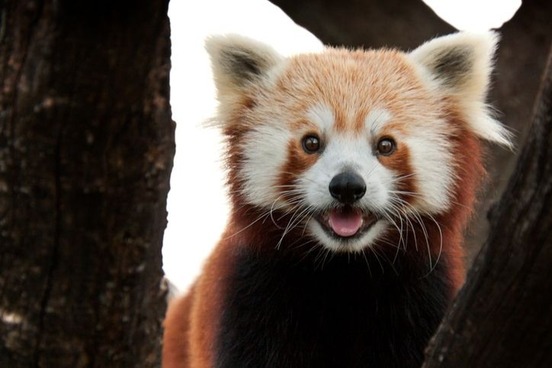 : a small, largely arboreal mammal (Ailurus fulgens of the family Ailuridae) that resembles the American raccoon, that is found from the Himalayas to China, and that has long rusty or chestnut fur with dark underparts, a long bushy tail with rings, and a white face and inner ears with a dark stripe from the corners of the eyes to the lower jaw 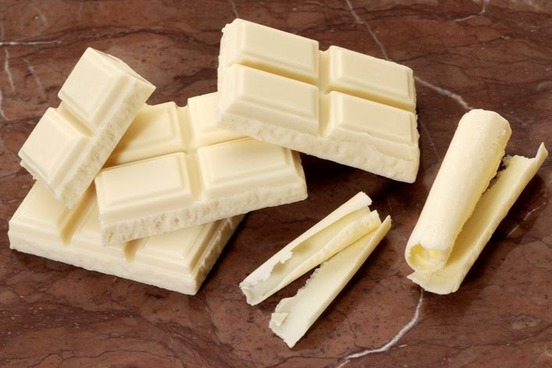 To truly qualify as chocolate, a food must be prepared from ground, roasted cacao beans. Although those cacao beans are necessary to make white chocolate, it's not the roasted beans that are used; it's the cocoa butter that's pressed out of them. The true chocolates—both milk and dark—typically have cocoa butter added back in. 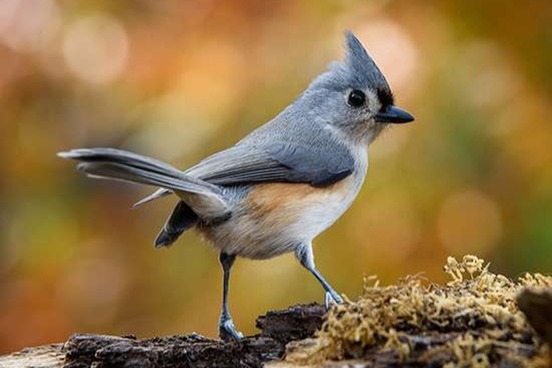 : any of several small North American oscine birds (genus Baeolophus of the family Paridae) that are related to the chickadees, have small bills and usually long tails, and have been sometimes placed especially formerly in a related genus (Parus)

A titmouse is not a mouse in the least; it's a bird. Titmice (yes, that's the plural) are common, with the best known being the tufted titmouse, which has a wide range including most of the eastern US. The bird owes its misnomer to a process called folk etymology, whereby a word of unfamiliar sound is modified to something helpfully recognizable and/or logical. In the case of titmouse the logic isn't quite there. In Old English, the word for the bird was māse; in Middle English it got a modification and a new front end, becoming titmose, the tit part being a term for any small object or creature. 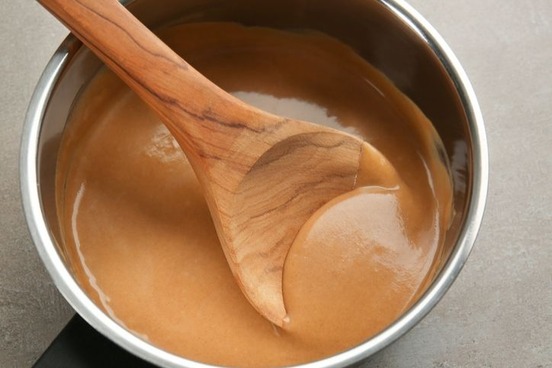 : a much exploited source of easy money

It is not a train (nor is a gravy boat a boat), but gravy train has been used to refer to a much exploited source of easy money since the early 20th century. The gravy part is a metaphorical extension: gravy can refer to something additional or unexpected that is pleasing or valuable in the way that literal gravy can add some tasty and complementary moisture that is additional or, if your Thanksgiving dinner is typically wanting, unexpected. A gravy train, then, brings gravy. 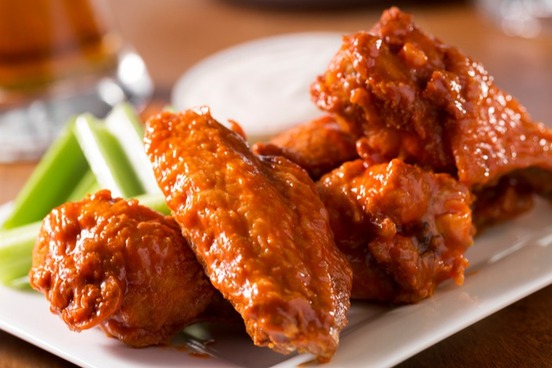 : a deep-fried chicken wing coated with a spicy sauce and usually served with a blue cheese dressing

Buffalo have never had the capacity to fly, and if such a large creature were to have wings one can assume they'd be so large as to prohibit a tidy collection of 6 or 12 on a plate. And yet, in eating establishments around the world, the buffalo wing persists.

But the buffalo in buffalo wing is not the animal: it's the city of Buffalo, New York, just a little ride from Niagara Falls. That's why you often see the term capitalized, Buffalo wing. As for why the second largest city in New York is called "Buffalo," that name too is likely a bit of a misnomer since the bison typically referred to as buffalo did not inhabit the area. A more plausible theory is that the name is a mispronunciation of the French phrase beau fleuve, meaning "beautiful river," a description of what's now known as Buffalo Creek. 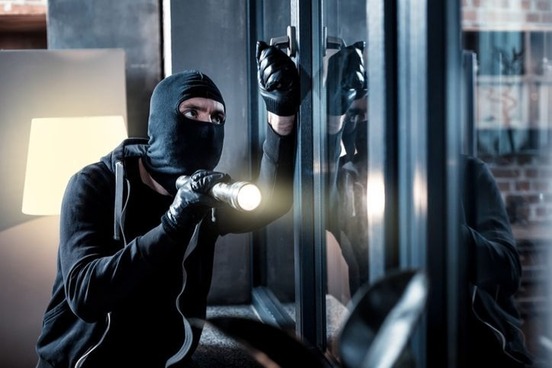 : a burglar who is adept at entering and leaving the burglarized place without attracting notice

Anyone who has experience with cats will tell you that burgling cats is, even theoretically, so challenging a task that the likelihood of there being a term for one who accomplishes a cat burglary stands little to no chance of ever being adopted into the language, at least with reference to an actual person. But there are in fact cat burglars. They do not burgle cats, but burgle as cats would burgle if they could be bothered. 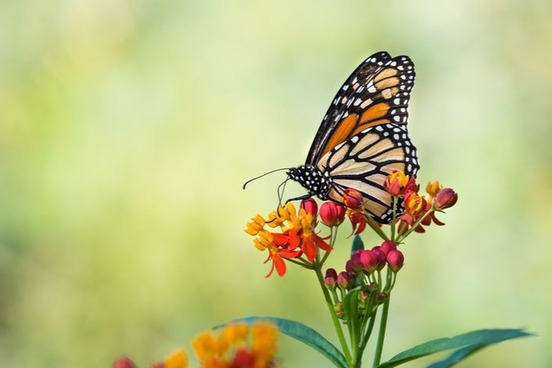 : any of numerous slender-bodied diurnal lepidopteran insects including one superfamily (Papilionoidea) with broad often brightly colored wings and usually another superfamily comprising the skippers

The word butterfly refers to things besides the fluttering insects visiting our gardens, including a swimming stroke and a hockey stance, but it's the insect that precedes them all. So why do we call them butterflies? The word is not, as some have suggested, a spoonerism for "flutter by," though butterflies do indeed flutter by. No, butterfly comes from the Old English buterflēoge, itself from butere, meaning "butter," and flēoge, meaning "fly." It's hard to say definitively what those long-ago English speakers were thinking in naming the insects such a thing, but it's believed that the name may have referenced a belief that butterflies or witches in the shape of butterflies stole milk and butter. 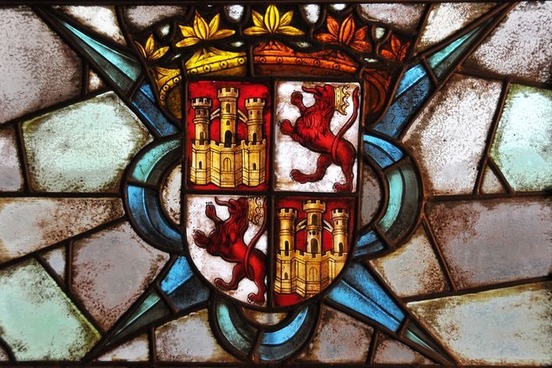 1 : heraldic bearings (as of a person) usually depicted on an escutcheon often with accompanying adjuncts (such as a crest, motto, and supporters) 2 : a similar symbolic emblem

There is no coat in coat of arms, and neither are there arms in the most common, anatomical sense. The word arms of course also refers to weaponry, and coats of arms do sometimes—though not always—feature weaponry.

The original 14th century referent of the term coat of arms is in fact rather coat-like, and often adorned with (nonanatomical) arms: it was a tabard or a surcoat (both kinds of tunics worn by a knight over armor) embroidered with symbols denoting such information as family descent and alliance. 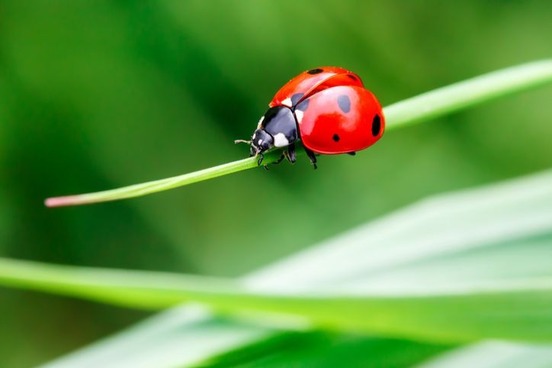 : any of numerous small nearly hemispherical often brightly colored often spotted beetles (family Coccinellidae) of temperate and tropical regions that usually feed both as larvae and adults on other insects (such as aphids)

There are male ladybugs, so the first part of this term must be a misnomer approximately half the time. In fact, the first part of this much-loved creature's name is an allusion to the Virgin Mary, mother of Jesus. The first of the approximately 5,000 varieties of ladybugs to be referred to as such was likely the seven-spotted Coccinella septempunctata (native to and common in Europe); its seven spots were thought to symbolize the seven sorrows Mary suffered. The ladybug's name functioned as an earthly reminder of a key figure in the Christian story, encountered in the green fields and gardens where one might toil daily.