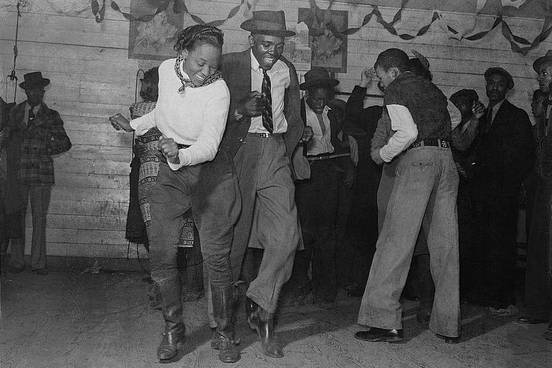 Definition: a loud or spectacular affair (as a social or theatrical event)

The earliest meaning of hoedown was “a lively old-time dance.” We have evidence of written use as far back as the 1830s, as seen in the citation below:

These articles were taken from a Mrs. Roberts, who lived in the same house with her, while the owner was tripping it on the “light fantastic toe” at a hoe-down, break-down, “whoop-ze-zaw,” or some other merry-making that kept her from home until the break of day.
—The Baltimore Sun, 10 Jun. 1839

Of the terms given in this article hoedown, breakdown, and trip the light fantastic all retain some currency as words to describe dancing (although only hoedown has taken on the extended meaning of “party, event”). Whoop-ze-zaw, we regret to inform you, lacks sufficient lexical evidence to merit inclusion in our dictionary.

There was quite a hoedown at the Pope’s summer place yesterday.
—Francesca Chapman, Philadelphia Daily News, 24 Sept. 1999 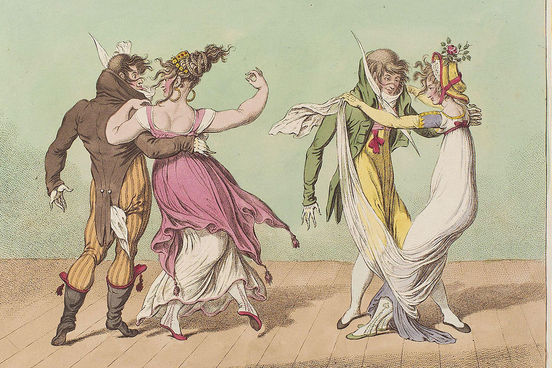 Definition: to advance easily and successfully   The stately dance known as the waltz has been around since the late 18th century. It began in Germany and Austria, and in the early 19th century became quite popular in England and North America. By popular we mean it was the dance that moralizers worried about (kind of the twerking of yore). The London Times, commenting in 1816 on the new dance that all the kids were wild about, alleged that it had previously been “confined to prostitutes and adulteresses,” and blamed its introduction on “some worthless and ignorant French dancing-master.”

The reception in North America was no more forgiving; in 1835 the Southern Literary Messenger asked “Can our beloved wives and daughters—beloved, because still uncontaminated by foreign corruptions—can they suffer themselves to be continually whirled about in all the giddy, exciting mazes of the licentious waltz, like so many French or Italian Opera girls, without impairing or losing all self-respect?”

By the latter half of the 19th century the dance had become somewhat more accepted, and with this acceptance the word waltz began to take on new meanings, unrelated to dance. Waltz may now be found used in the senses “to proceed without a hitch,” “to lead a person in a hasty, determined, and unceremonious manner,” and “to move about in a lively whimsical often aimless manner.”

Had his old Guernsey friends been present on these occasions they would not have recognized in the soldier, resplendent in a general’s uniform, now dancing a mazurka, the handsome stripling who only a few years since had waltzed his way into the hearts of all the women of St. Peter’s Port.
—Walter R. Nursey, The Story of Isaac Brock, Hero, Defender and Saviour of Upper Canada, 1908 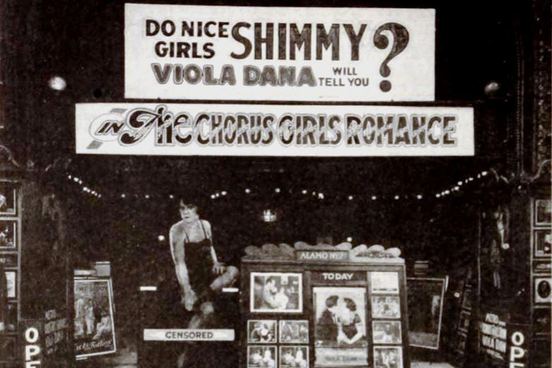 An advertisement for the film "The Chorus Girl's Romance." Georgia, 1920.

It may, at first glance, be unclear how a word which is descended from the Latin word for “shirt” (camisa) came to be used to describe the way your car behaves just before it leaves for that great junkyard in the sky, but there is a perfectly reasonable explanation. Shimmy was first used as an alteration of the word chemise (“a woman's one-piece undergarment”). This sense of the word began in the early 19th century. Following World War I a new sense of the word was added, describing a type of popular dance, which was characterized by a shaking of the body from below the shoulders. Within a few years the shaking movement of the dance was likewise observed in misbehaving motor vehicles, and that’s how we go from Latin vocabulary to a large mechanic’s bill.

”I asked if the car had been in a major accident and the salesman said, ‘Oh, no, we don’t sell cars that have been in major accidents.’” But when his daughter drove the car home, he said, “the car was shimmying so badly” that she said she could barely control it.
—Henry Gilgoff, Newsday (Long Island, NY), 26 Sept. 1973 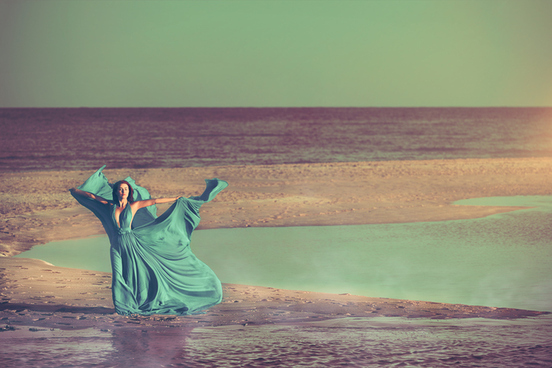 Definition: to strut or move about in an ostentatious or conspicuous manner

Sashay is a word which has come to its present day meaning through a combination of our fondness for dance terms and inability to pronounce French. The sliding dance step known as a chassé began being used in English at the beginning of the 18th century, and after several decades of mangling how we said this word we managed to create sashay. Sashay initially had the same meaning as chassé, but soon took on the sense of “strut.”

She made new friends with the older girls at school and soon had them walking like her: stomach tucked in, buttocks rolling like well-oiled joints and head held high, their jaws opening and closing as chewing gum klikked and klakked in their mouths. "These girls are heading straight to oku mmuo, hell," our parents warned as the girls sashayed by and we secretly prayed to go to hell with them, just for a chance to be that glamorous.
—Chika Unigwe, Sugar in My Bowl (in Matatu 33), 2006 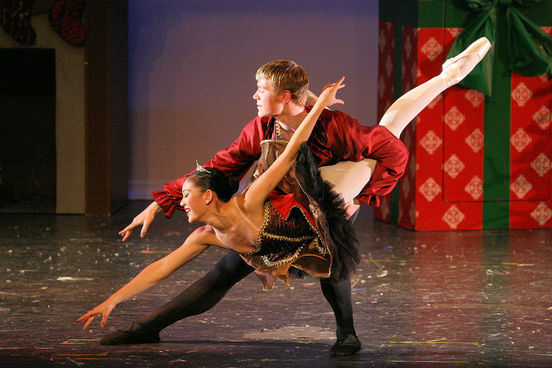 Pas de deux comes from the French, in which language it has the literal meaning of “step for two.” The pas de deux first stepped out as a dance term, particularly in ballet, in the middle of the 18th century. Within a few decades of its introduction into English it began to be used in a figurative sense, particularly when writers wished to impart a soupçon of continental flair to their prose. 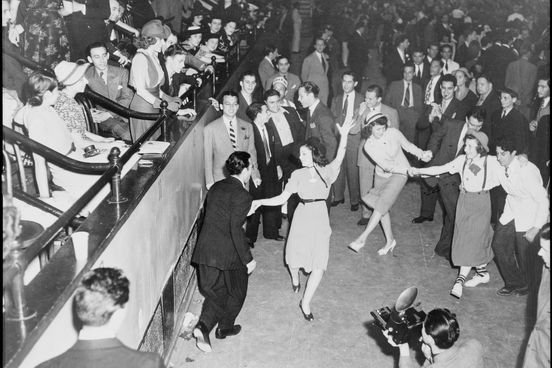 The boogie found in statements such as ‘It’s the coppers! Let’s boogie!’ comes from shortening boogie-woogie (“a percussive style of playing blues on the piano characterized by a steady rhythmic ground bass of eighth notes in quadruple time and a series of improvised melodic variations”). Boogie-woogie became popular at the end of the 1920s, particularly after the release of Pinetop’s Boogie-Woogie, a song by Pinetop Smith, the great blues pianist. By the early 1940s boogie was being used as a verb to refer to the act of dancing.

The girls were so lovely and “boogied” so scintillatingly that one person was heard to remark, “Goodness, I’m certainly glad my husband couldn’t be here tonight.”
—The Chicago Defender, 1 Nov. 1941

With the introduction of rock music in the ensuing decades boogie began to be used in a more generalized sense, with the meaning of “to revel, party,” and subsequently “to move quickly, to get going.”

The canny Leaman won’t call this a rebuilding year (“Rebuilding years are for losers; call it a transition year”) but he’ll have to boogie to top last year’s 15-12 mark.
—Mike Madden, The Boston Globe, 26 Nov. 1978 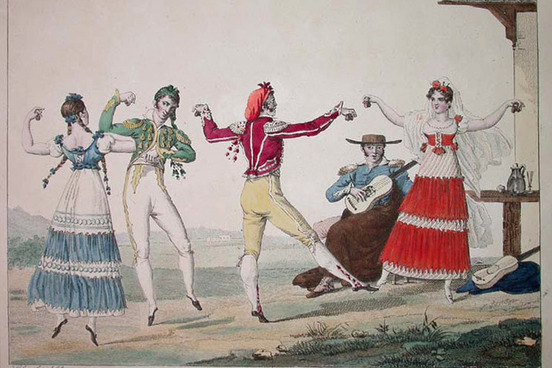 The initial meaning of fandango was “a lively Spanish or Spanish-American dance in triple time that is usually performed by a man and a woman to the accompaniment of guitar and castanets,” a sense that is very much still in use (although most uses appear to be from people quoting Bohemian Rhapsody, the 1975 song by the rock group Queen).

Our language abounds with words which may loosely be defined as “tomfoolery,” perhaps due to this type of behavior never being in short supply. These words range from the fairly well-known (monkeyshines) to the sadly obscure (jackassery).

But for sheer perversity, nothing quite beats the current Texas divorce fandango.
—Ellen Goodman, The Boston Globe, 9 Oct. 2009 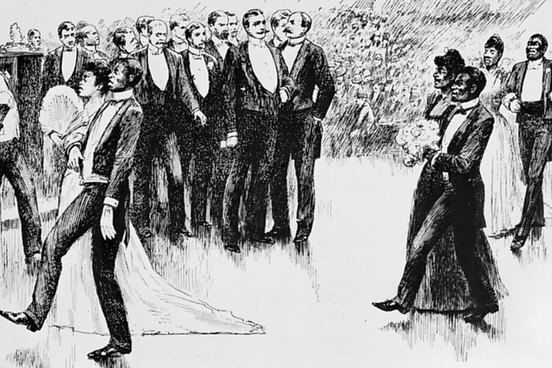 Cakewalk did not start out as a dance term, at least not in a strict sense; the earliest mentions of this word, beginning about 1870, are in reference to a contest held among African Americans, in which a prize (of a cake) was awarded for the most accomplished mode of walking. The word soon after began to be applied to a kind of stage dance, typically one with a high prance and backward tilt. Although cakewalks may still exist, the most commonly used sense of the word today is in reference to an easy victory, or an easy task.

With Aneroid out of the big race, every one supposed it would be a cake walk for Jean Bart.
—Bryan Field, The New York Times, 27 Nov. 1936