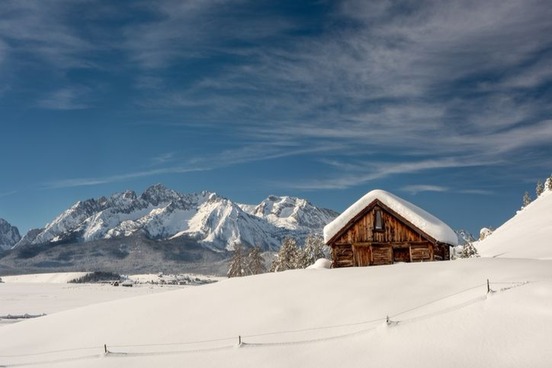 Episodes of cabin fever are depicted in books and movies as a type of madness caused by isolation, usually ending in some kind of gruesome scene. In reality, cabin fever is essentially a response to being stuck inside a confined indoor area for a prolonged period of time. Someone cooped up might become restless, irritable, and anxious, but will usually come around once someone suggests playing a board game or cards—or, in more extreme cases, when the rescue party arrives.

Bertha Muzzy Bower wrote about it in an eponymous Western novel. The book's title provides us with an early record of the term used in print, and its narrative gives an insight into the condition.

"Cabin Fever," by B.M. Bower, is a new story of the West just issued by Little, Brown & Co. There is a certain malady of mind induced by too much monotony: fashionable folk call it ennui, but Westerns call it "cabin fever." But whenever it attacks you it reveals the things hidden in your soul; it uncovers your secret weaknesses and unsuspected virtues. It descended on Bud Moore, irritated by months of inaction, surfeited with the "small beer" of prosaic domestic life after carefree independence, and bothered by noncomprehension of the same symptoms in his hitherto pleasing wife, Marie. A sharp exchange of compliments, a quarrel fostered by a greedy mother-in-law, and Bud's domestic happiness lay in ruins. Freed of wife and child and bank account, he launched forth to reconstruct his life.
— The Times Dispatch (Richmond, Virginia), 13 Jan. 1918

While cabin fever isn't officially classified as a medical condition, it is closely related to seasonal affective disorder (SAD), a state of depression that tends to recur chiefly during the late fall and winter and is associated with shorter hours of daylight. 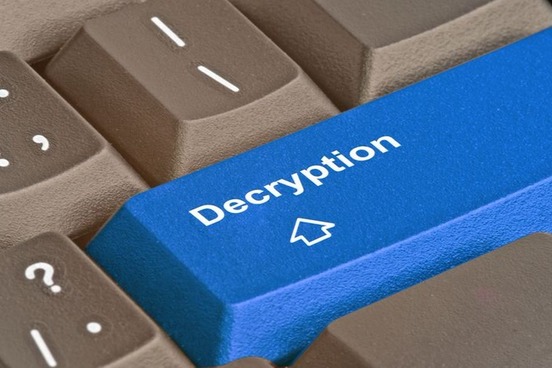 Nowadays, plaintext is the matter-of-fact name for unformatted computer text that is easy to edit or transmit. In its early days, the word was encountered in stories of espionage for communications not yet in cipher or code, or ones deciphered or decoded.

In cryptology, when the plaintext is encrypted, it is called ciphertext, and the inverse operation of encryption is decryption. Like plaintext, the common computer terms encrypt and decrypt—as well as their related inflections—go back to the days of early 20th-century espionage. Encrypt dates to the 1940s and decrypt to the 1930s. 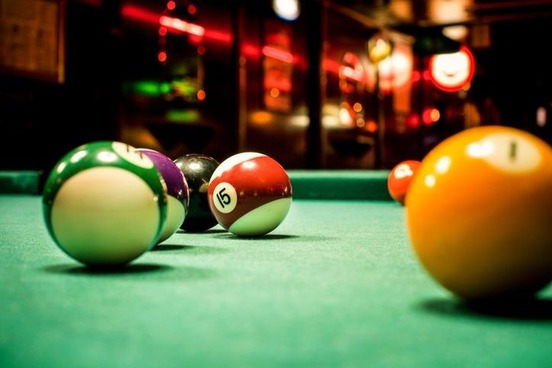 Dirty pool refers to underhanded or unsportsmanlike conduct and that term has been traced back to 1918.

"And, say, if prohibition goes into effect in the States before we get back there'll be Hell to pay. It will be easy to put it across with a million of us here fighting to make the world "Free for Democracy." Dirty pool—using the war to get us out of the way. Them's my sediments.
— H. L. Harris, The War As I Saw It, 1918

Although the allusion to the game of billiards isn't evident in the quote, the game is the source of dirty pool. Pool takes its name from French poule, which originally referred to the stakes bet in a card game and then extended in meaning to the card game itself and the cue-and-ball game of billiards. In French, poule means "hen," so how it came to be used in its gaming senses is anyone's bet.

Dirty, on the other hand, has been used to describe moral indecency and vulgarity in verbal, written, and visual form since the 16th century. Such use was later extended to moral corruption. Though undocumented, we're guessing that "dirty tricks" while shooting pool gave us dirty pool. 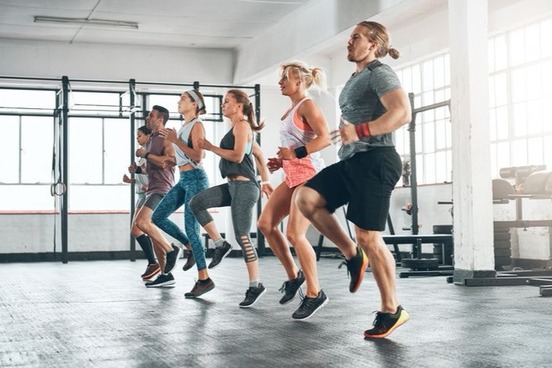 Football fans (and Yale University alum) will know Walter Camp as a famed American college football player and coach. He also wrote about and promoted the sport and played a significant role in distinguishing the American version from British rugby football. His book The Daily Dozen, published in 1921, outlined a regimen—originally consisting of a set of 12 exercises—that he had designed for naval recruits in World War I. During his time, the "daily dozen" was the thing to do to get in shape, and it is the precursor of the advertised workouts of today that claim "you can get fit in minutes by doing these simple exercises."

Prior to the publication of his book, Camp's "daily dozen" was already trending: 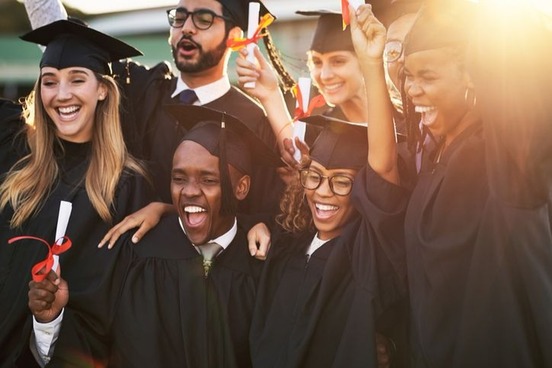 Somebody Busted the Ball one morning in Batting Practice at the Polo Grounds. A Lively Lad was being Tried out for the Job in That Garden, A rah-rah Rustler just off the campus. With the Crack of the Bat, he Wheeled and Made For the fence like Howard Drew tearing off The Hundred. When he got there he Aviated four feet Off the Turf and Grabbed Nothing But the Atmosphere above his Cap. The Pill Sailed into the Seats. He Never had a Chance. The Sapient Birds of the Giants gave the Kid the Cackle. They would NEVER have Started. But McGraw, Wiser than Any of them said; "That's the Eye, Young Fellow—The Old college Try!"
— Billy Sunday, Elyria (Ohio) Evening Telegram, 19 Oct. 1918

From an etymological viewpoint, it is very possible that John McGraw, the quoted New York Giants' manager, coined the expression "the old college try." The above citation is the earliest known print evidence of it, and it became popular in baseball to describe players giving an all-out effort on the field, such as running after a fly ball at top speed only to fall short, as McGraw illustrates. The expression didn't go unnoticed and, in time, was applied to any effort having an unlikely chance of success.

Don't get me wrong, I'd love to embrace the holidays. Some years I even give it the old college try, like the time two years ago when I tromped through Pike National Forest to find a real, live Christmas tree.
— Jen Mulson, The Gazette (Colorado Springs, Colorado), 5 Dec. 2017 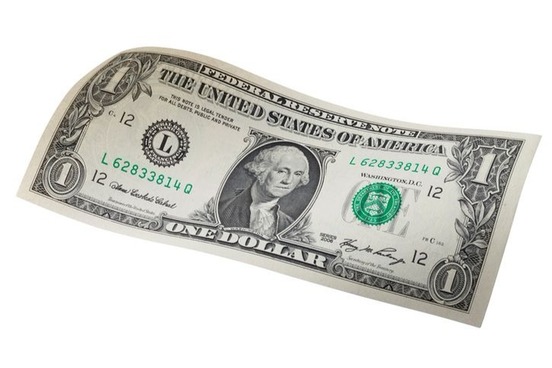 In 1918, earning one dollar a year was not a bad business deal—if you were already in the wealthy stratosphere. In the U.S. during World War I, "dollar-a-year man" was the name for a savvy businessperson willing to serve the country as a functionary or assist in other ways, such as by strengthening and expanding American industries under government contract—and all for the nominal salary of $1.

The dollar a year man, in principle, is not new. A prominent New York banker, devoting all his time to governmental work, upon being commended for his patriotism in giving up so much for the cause, gracefully declined commendation on the ground that he knew too many men who had made greater sacrifices.
— The Wall Street Journal, 7 Jan. 1918

The amount of pay is a circumvention of the U.S. law stating that the government cannot employ a person for free. The "dollar-a-year" patriots were shrewd and made the most out of their dollar. Part of their effort was sincere philanthropy, and part of it was branding their own name in American business.

Today, the "dollar-a-year" label is generally applied to a high-tech or business executive who takes a $1 salary to show their employees that they are optimistic about the growth and success of their company (and, if they are, they will be compensated in the form of stock options, bonuses, and other financial benefits). 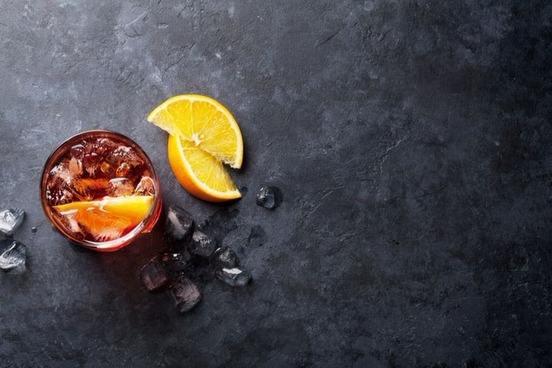 As a dictionary, part of our duty is to chronicle all words, not just the savory ones. As such, a Mickey Finn is a drink of liquor doctored with a purgative or a stupefying drug (such as chloral hydrate) and given to someone without their knowledge. It should go without saying that this is not encouraged behavior.

The drink's namesake is suspected to be Mickey Finn, a Chicago saloon keeper who was accused in December 1903 of drugging and robbing his customers.

The complete defense advanced by "Mickey" Finn, proprietor of the Lone Star saloon … described … as the scene of blood-curdling crimes through the agency of drugged liquor.
— The Chicago Daily News, 16 Dec. 1903

The first known written example of Mickey Finn is in 1918 and refers to a debilitating drug surreptitiously placed not in a drink but in meals at a restaurant, and the fact that it appears over a decade after Finn's trial makes it more likely that Finn is its source.

Four persons were arrested and more than 100 waiters were taken into custody by the State Attorney's office yesterday in connection with the alleged wholesale drugging of patrons of leading hotels, clubs and restaurants by waiters whose displeasure the patrons incurred when they neglected to leave a tip on the table after being served. ... A tasteless and odorless powder known as "Mickey Finn" powder, which caused the victim to become sick to his stomach and left him in a nerve-wrecked condition, was the drug that was used, according to State’s Attorney Hoyne. The powder is what is known to druggists as a tartar emetic powder.
— The San Francisco Chronicle, 24 June 1918

Eventually, the term was shortened to Mickey and became used in the phrase "slip someone a Mickey." Again, do not do this. 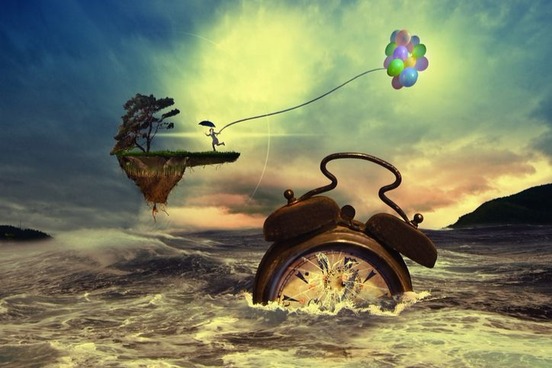 While the rest of Europe was engulfed in World War I, creative types in neutral Switzerland developed Dada, a movement in art and literature that celebrated the irrational. There, a mixed bag of poets, painters, and war protesters gathered and decided to respond to the madness around them by creating an art movement based on nihilism—one that would repudiate traditional artistic values and conventions and would shock and outrage bourgeois sensibilities.

Members of the group started a literary periodical entitled Être sur son dada, which is French for "On one's hobbyhorse." And like the English expression "riding one's hobbyhorse," Être sur son dada has the figurative sense of continually dwelling on or reverting to one's pet idea or favorite topic. It was probably the use of this figurative sense of dada in the title of the periodical, first published in 1916, that was responsible for popularizing Dada as the name for this whole revolutionary movement in art and literature—despite many embellished explanations for the source of the movement's name.

The childish word, which is suggestive of the way the group wanted to thumb their collective noses at the adult world around them, was first used in reference to the movement in 1918.

For the present the whole 'dada' movement, which is now trying with it propaganda evenings to captivate the youths and maidens of Berlin West, is only an object of mirth....
— The Star Press (Muncie, Indiana), 23 June 1918 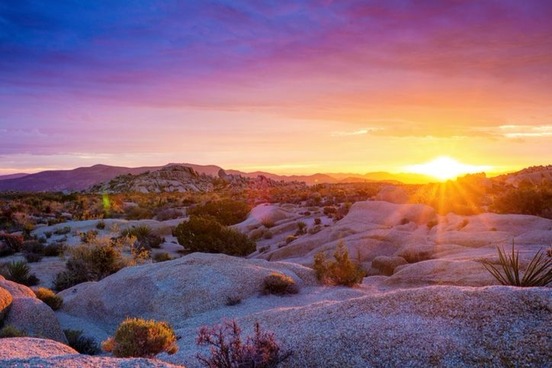 In 1968, Apollo 8 astronaut Bill Anders photographed the planet Earth rising over the moon's horizon. That led to people using the term earthrise to describe the captured phenomenon.

Photographs closely spaced in time show one of 10 earthrises seen by the Apollo crew while traveling around the moon. The earth's disk is two degrees in diameter, and its gibbous phase corresponds exactly to the unilluminated portion of the 4.8-day-old moon as seen from earth.
— Sky & Telescope, March 1969

However, the word had meaning as far back as 1918 when it was used for the setting of the sun. That sense developed from the concept of the sun being essentially stationary while the Earth turns in its daily east-to-west rotation.

We watch the glorious "sunset"... I once persuaded a group of passengers [on board ship] to speak only of the evening's "earth-rise" and in three or four days this term had become reasonable.
— Charles William Beebe, Jungle Peace, 1918 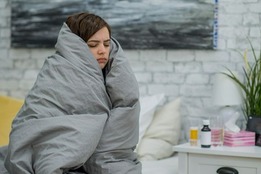