Poe and the English Language 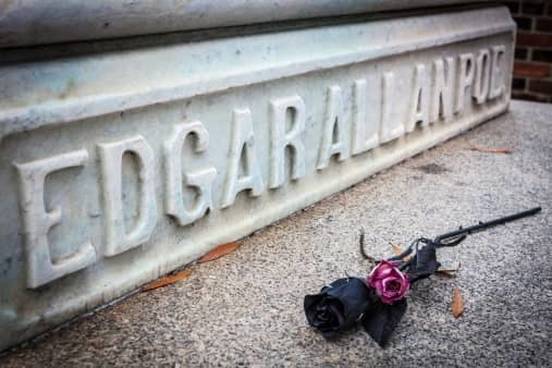 Edgar Allan Poe was known for his lyrical poetry and macabre tales of mystery and suspense. He also employed a colorful vocabulary in his writing, often stretching for the literary word and making it fit seamlessly. Here are some examples. 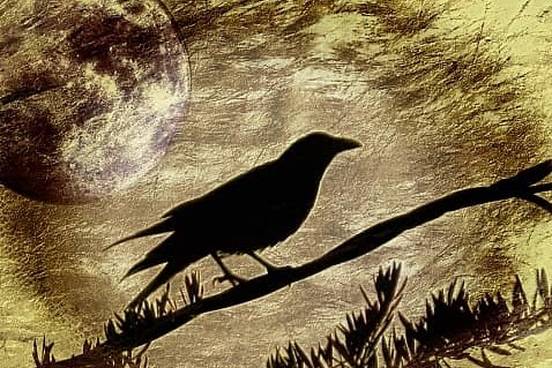 Then, methought, the air grew denser, perfumed from an unseen censer
Swung by Seraphim whose foot-falls tinkled on the tufted floor.
“Wretch,” I cried, “thy God hath lent thee—by these angels he hath sent thee
Respite—respite and nepenthe from thy memories of Lenore;
Quaff, oh quaff this kind nepenthe and forget this lost Lenore!”
Quoth the Raven “Nevermore.”
— "The Raven," 1845

Nepenthe once referred to a potion used by the ancients to make one forget pain or sorrow; it was later used for anything that provided such relief. Poe's nameless narrator is seeking a way to forget his lost love, Lenore, and desperately asks the taunting raven if he has come to provide him a way to do so, finding a word that also rhymes with "lent thee" from the previous line.

We get nepenthe via Latin from the Greek prefix nē -, meaning "not," plus penthos, meaning "grief" or "sorrow." Its tradition as a go-to word for poets dates back to Homer's Odyssey and was perpetuated by writers such as Edmund Spenser and Robert Browning. 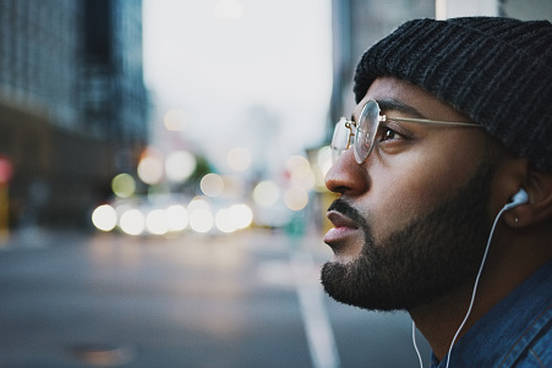 The noun reverie appears more than a dozen times in Poe's works, including the title of his poem "The Forest Reverie." Referring to a daydream or the condition of being lost in thought, it is an unusually light and optimistic word given Poe's general association with the dark and gruesome.

Yet he seemed not so much sulky as abstracted. As the evening wore away he became more and more absorbed in reverie, from which no sallies of mine could arouse him. It had been my intention to pass the night at the hut, as I had frequently done before, but, seeing my host in this mood, I deemed it proper to take leave.
— "The Gold-Bug," 1843

The narrator of "The Gold-Bug" describes how his friend, William Legrand, seems to fall into a stupor after attempting to describe a bug he discovered by making a sketch of it for the narrator. Another Poe piece, the satirical essay "How to Write a Blackwood Article" (1838, a companion piece to the story "A Predicament") uses the Latin phrase insomnia Jovis, translated as "reveries of Jupiter—a phrase which … applies to thoughts pompous and inflated." Coincidentally, Jupiter is also the name of Mr. Legrand's servant in "The Gold-Bug."

Reverie comes from French, where it derives from a Middle French word meaning "to wander" or "to be delirious." 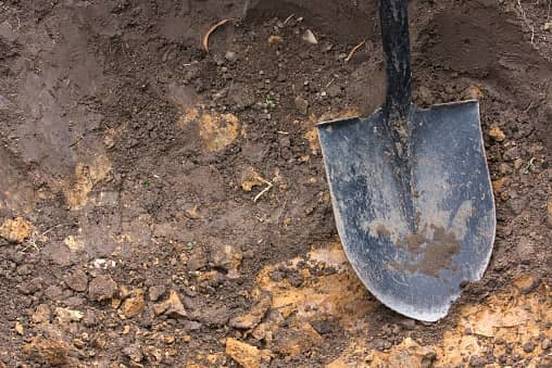 Inhume means to bury or inter something (such as a dead body). Its opposite, exhume, means to dig something up out of the ground. Both attach a prefix to the Latin noun humus, meaning "earth."

Inhume occurs in only one Poe story—fittingly, "A Premature Burial":

From what he related, it was clear that he must have been conscious of life for more than an hour, while inhumed, before lapsing into insensibility. The grave was carelessly and loosely filled with an exceedingly porous soil; and thus some air was necessarily admitted. He heard the footsteps of the crowd overhead, and endeavored to make himself heard in turn. It was the tumult within the grounds of the cemetery, he said, which appeared to awaken him from a deep sleep, but no sooner was he awake than he became fully aware of the awful horrors of his position.
— "The Premature Burial," 1844

In spite of the word being used only once, the horror of being buried alive is a theme that surfaces in a number of Poe's tales. A similar theme involves the confinement of bodies and body parts inside walls and other tight spaces, as in "The Tell-Tale Heart," "The Murders in the Rue Morgue," and "The Cask of Amontillado." The verb immure, which means " to enclose within or as if within walls" or "to imprison," would be a perfect verb to describe what happens in these stories, but perhaps was too obvious a choice for Poe, who never used it. 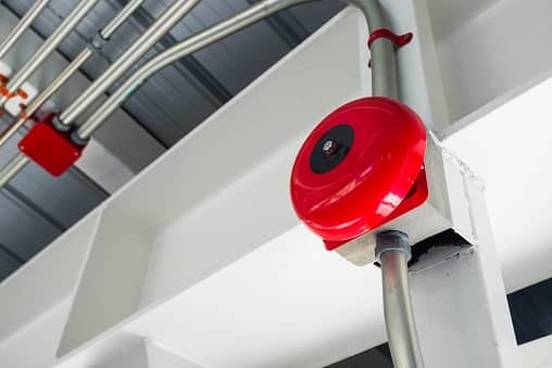 Alarum is an older spelling of our word alarm that can be found in a number of Shakespeare's works. But in medieval times, that word had a specific meaning as a call to arms. The Italian phrase all’arme! means literally “to arms” or “to your weapons.” The call was borrowed into other languages and came to be shortened to alarme in early French and Middle English.

Alarum turns up in the third verse of Poe's poem "The Bells":

Hear the loud alarum bells—
Brazen bells!
What tale of terror, now, their turbulency tells!
In the startled ear of night
How they scream out their affright!

The poem takes a jarring twist here, after Poe uses its first two verses to celebrate musicality, first of rhythmic sleigh bells that "seem to twinkle / With a crystalline delight / Keeping time, time, time, / In a sort of Runic rhyme" and then of wedding bells ringing out "Through the balmy air of night .. From the molten-golden notes, And all in tune."

The third verse is then crammed with words that evoke discordance in their metallic din: twanging and clanging; jangling and wrangling; anger and clangour, showing in their contrast with the previous verses the range of responses a bell can elicit. 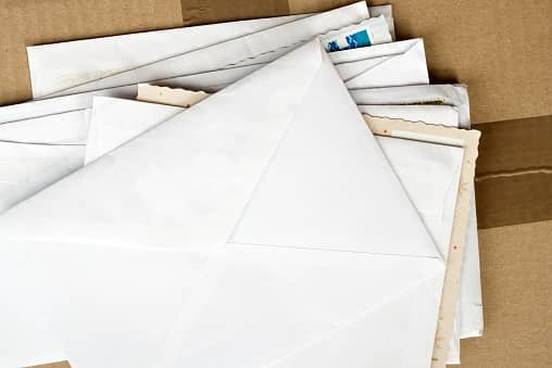 Purloin appears in the title of Poe's story "The Purloined Letter." It is defined as "to appropriate wrongfully and often by a breach of trust," though it is often used simply as a fanciful synonym of steal in the same vein as pilfer, filch, or swipe.

“Well, then; I have received personal information, from a very high quarter, that a certain document of the last importance, has been purloined from the royal apartments. The individual who purloined it is known; this beyond a doubt; he was seen to take it. It is known, also, that it still remains in his possession.”
— "The Purloined Letter," 1844

Purloined (the verb is from the Anglo-French purluigner, meaning "to prolong, postpone, set aside") is repeated several times by C. Auguste Dupin throughout the story. Why the choice of that word, instead of stolen, swiped, or filched? One possibility is that purloined has a quiet intonation that seems to fit the stashing away of a paper letter, whereas with swiped or filched you can almost hear the sound of something being quickly snatched. 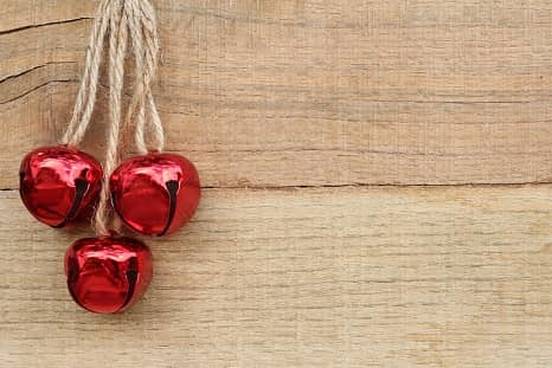 As we noted previously, "The Bells" uses a heavy amount of onomatopoeia, and Poe occasionally went to great lengths to find words that evoked the sounds he wanted, to the point of coining the noun tintinnabulation to describe the ringing of the sleigh bells in the opening verse. Poe didn't pull the word out of thin air, however: his source was the Latin noun for "bell," tintinnabulum. That noun comes from the verb tintinnare, which means "to ring, clang, or jingle," and itself is onomatopoeic, originating as a vocal imitation of the sound of a ringing bell. 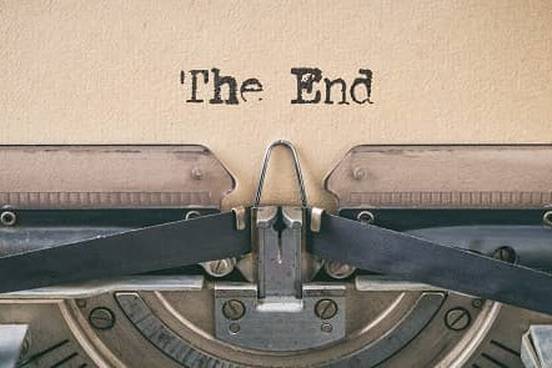 As a verb, surcease means "to come to an end" or "to put an end to something." Poe uses it as a noun in "The Raven" to mean "a temporary cessation":

Eagerly I wished the morrow;—vainly I had sought to borrow
From my books surcease of sorrow—sorrow for the lost Lenore—
For the rare and radiant maiden whom the angels name Lenore—
Nameless here for evermore.
— "The Raven," 1845

Cease and surcease mean the same thing; while the latter word is still in use, it carries a bit of an archaic ring. Poe's decision to go with the longer word might have been due to considerations of meter (the extra beat that the additional syllable provides) and alliteration (an additional s sound leading up to the repetition of "sorrow"). 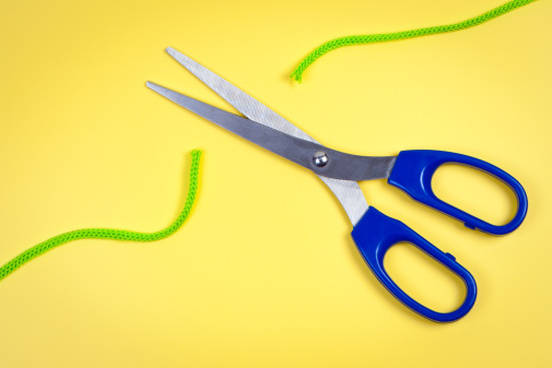 And neither the angels in Heaven above
Nor the demons down under the sea
Can ever dissever my soul from the soul
Of the beautiful ANNABEL LEE:—
— "Annabel Lee," 1849

Although the prefix dis- usually indicates an action of negation or removal when it starts a verb (disrobe, disqualify), dissever here carries the same meaning as sever. (It's a similar situation as found in words like unravel and unthaw.) As with surcease, Poe might have been looking to add a syllable for meter, or to provide a beat between the rhymes of ever and sever.

Alternately, given Poe's reputation for macabre scenes, it's possible that sever carried a gruesome association he wished to avoid. He had, after all, turned to sever to convey such gruesomeness in a story published eight years earlier:

"The throat of the old lady was not merely cut, but the head absolutely severed from the body: the instrument was a mere razor. I wish you also to look at the brutal ferocity of these deeds."
— "The Murders in the Rue Morgue," 1841 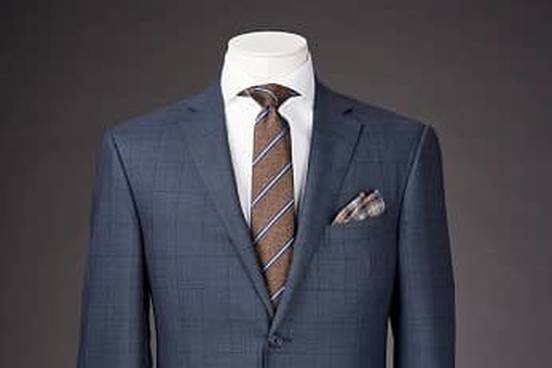 Poe set a number of stories in France, most notably his three detective fictions featuring the character C. Auguste Dupin. This might explain his seeming preference for a number of French-derived words where their English analogues would have been perfectly satisfactory. One example is habiliment, which refers to one's dress (usually for an occupation or special occasion) or the typical accessories associated with a pursuit.

Poe was very fond of the word, using it almost a dozen times in his stories:

"The figure was tall and gaunt, and shrouded from head to foot in the habiliments of the grave. The mask which concealed the visage was made so nearly to resemble the countenance of a stiffened corpse that the closest scrutiny must have had difficulty in detecting the cheat."
— "The Masque of the Red Death," 1842

The Old French abiller ('to prepare, equip") gives us habiliment as well as dishabille, the French term for being dressed casually or carelessly. 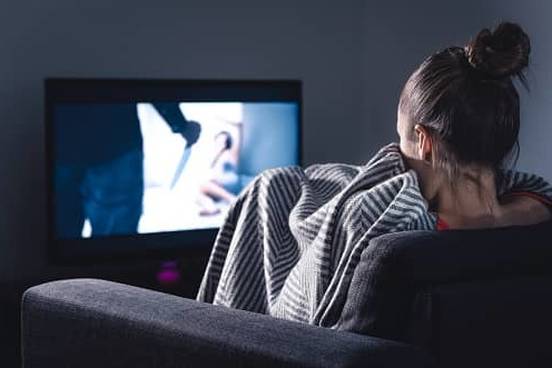 The adjectives aghast ("struck with terror, amazement, or horror") and ghastly ("frightening" or "intensely unpleasant") each derive from gast, the Middle English spelling of the word ghost. It might not be a surprise that they were two of Poe's favorite words, appearing in his stories and poems over 50 times combined.

It was not that I feared to look upon things horrible, but that I grew aghast lest there should be nothing to see. At length, with a wild desperation at heart, I quickly unclosed my eyes. My worst thoughts, then, were confirmed. The blackness of eternal night encompassed me.
— "The Pit and the Pendulum," 1842

The now ghastly pallor of the skin, and the now miraculous lustre of the eye, above all things startled and even awed me. The silken hair, too, had been suffered to grow all unheeded, and as, in its wild gossamer texture, it floated rather than fell about the face, I could not, even with effort, connect its Arabesque expression with any idea of simple humanity.
— "The Fall of the House of Usher," 1839

Despite his reputation as a master of horror, ghosts weren't really a subject of interest for Poe, whose curiosities tended to lie more with psychological torment and corporeal dread than with spiritual hauntings.