GAMES BROWSE THESAURUS WORD OF THE DAY WORDS AT PLAY SETTINGS
Word of the Day : January 17, 2020

: a joint financial arrangement whereby the participants usually contribute equally to a prize that is awarded entirely to the participant who survives all the others

Tontines were named after their creator, a Neapolitan banker named Lorenzo Tonti. In 1653, Tonti convinced investors to buy shares in a fund he had created. Each year, the investors earned dividends, and when one of them died, their share of the profits was redistributed among the survivors. When the last investor died, the capital reverted to the state. Louis XIV of France used tontines to save his ailing treasury and to fund municipal projects, and private tontines (where the last surviving investor—and subsequently their heirs—got the cash instead of the state) became popular throughout Europe and the U.S. Eventually, though, tontines were banned; there was just too much temptation for unscrupulous investors to bump off their fellow subscribers.

"For denizens of the realm, tontines were a very popular twist on the annuity because they appealed to the gambling spirit. An annuity would pay you a steady trickle of money (boring). A tontine would pay you more and more as time went on because other people would be dying and you would be accumulating their shares." — Jeff Guo, The Washington Post, 28 Sept. 2015

"Lord Deverell wanted a loan from me based upon his contribution. Wanted out of the tontine entirely, rather, but without having to go to the trouble of dying." — Theresa Romain, Lady Notorious, 2019 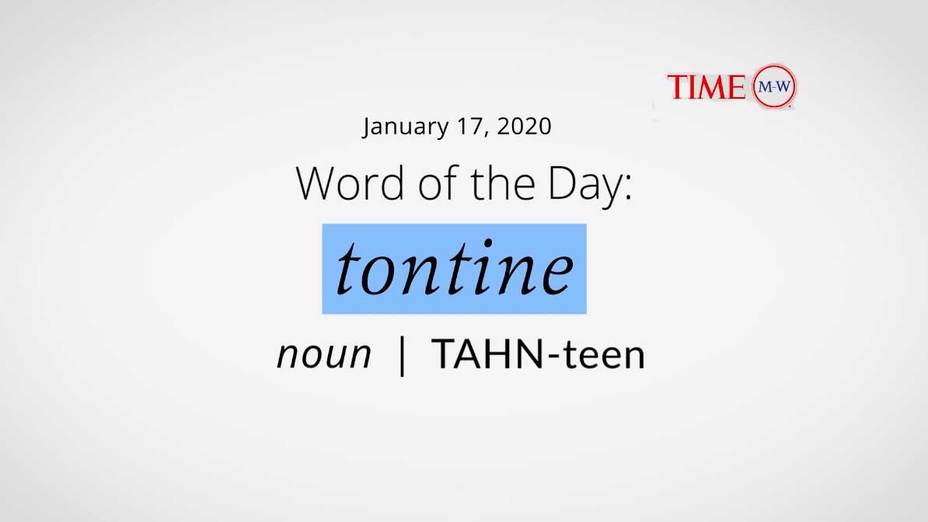 noun - a plan in which a last survivor takes all