1 : to become filled to overflowing : abound

2 : to be present in large quantity

The verb teem and the noun team are not just homophones, they are also etymological kin. Teem is derived from Old English tīman or tæman, which originally meant "to bring forth offspring" or "to become pregnant." That word is related to the ancestor of team, the Old English noun tēam, meaning "offspring, lineage, or group of draft animals." Team can still be used to refer to a brood of young animals, especially pigs or ducks, but both teem and team have otherwise largely left their offspring-related senses behind.

"On Friday, Tselikis stood in front of the Red's Best stall at Boston's Public Market, offering up tidbits about lobsters as they teemed inside a tank." — Gintautas Dumcius, MassLive.com, 10 June 2016

"But beneath the surface, some of the rigs are teeming with biological life. Dozens of fish species, thousands of different kinds of invertebrates, and sea lions all call the rigs home." — Erik Olsen, Quartz, 17 Nov. 2018 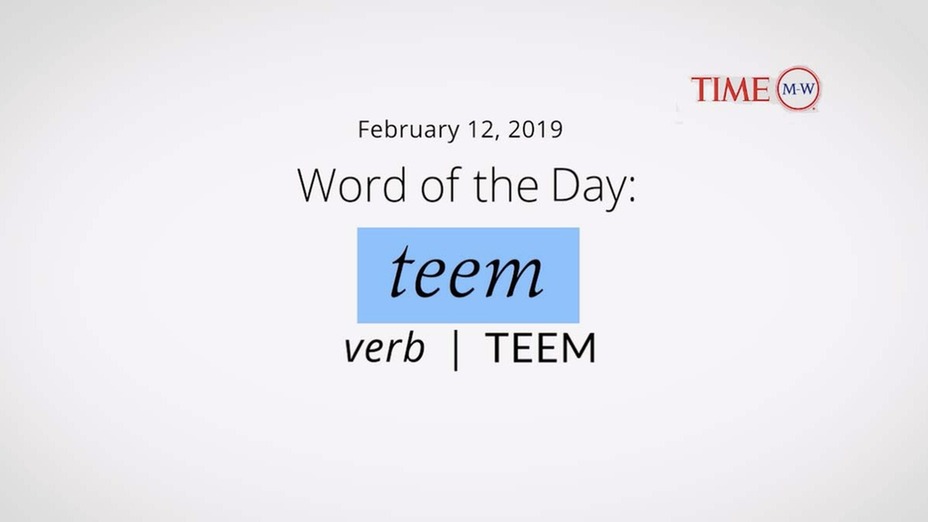 verb - to become filled to overflowing