GAMES BROWSE THESAURUS WORD OF THE DAY WORDS AT PLAY SETTINGS
Word of the Day : February 11, 2019

: a person who idolizes Shakespeare

George Bernard Shaw once described a William Shakespeare play as "stagy trash." Another time, Shaw said he'd like to dig Shakespeare from the grave and throw stones at him. Shaw could be equally scathing toward Shakespeare's adoring fans. He called them "foolish Bardolaters," wrote of "Bardolatrous" ignoramuses, and called blind Shakespeare worship "Bardolatry." Oddly enough, Shaw didn't despise Shakespeare or his work (on the contrary, he was, by his own admission, an admirer), but he disdained those who placed the man beyond reproach. The word bardolater, which Shaw coined by blending Shakespeare's epithet—"the Bard"—with an affix that calls to mind idolater, has stuck with us to this day, though it has lost some of its original critical sting.

The song retells the story of "Othello," but in such subtle language that only bardolaters are likely to recognize it.

"[W]hether you're a bona fide Bardolater or someone who uses Shakespeare as an excuse to eat brie on a blanket under the summer stars, here's a brief round-up of where to satisfy your appetite for Shakespeare this summer." — Jenny Terpsichore Abeles, The Recorder (Greenfield, Massachusetts), 15 June 2017

Fill in the blanks to complete a word for an Old English bard or poet: _ co _. 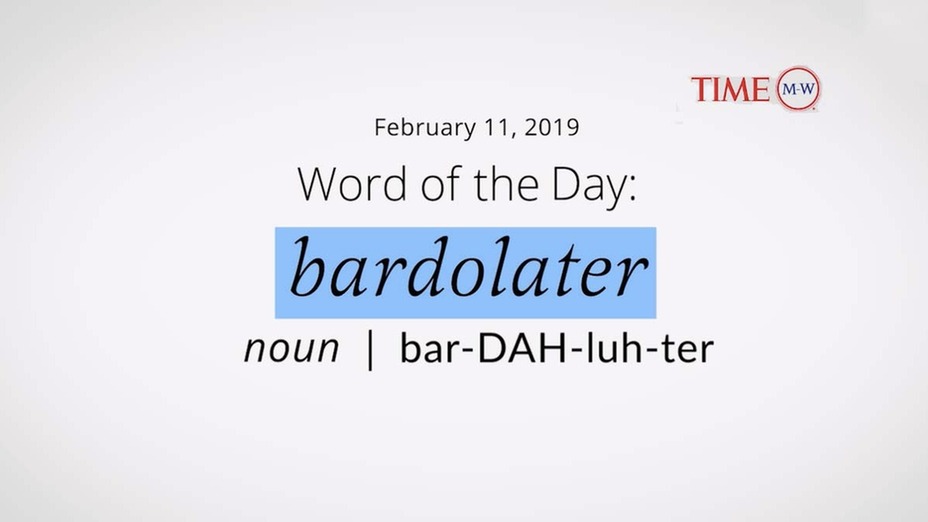 noun - a person who idolizes Shakespeare