GAMES BROWSE THESAURUS WORD OF THE DAY WORDS AT PLAY SETTINGS
Word of the Day : November 25, 2019

Despite their similarities, sempiternal and eternal come from different roots. Sempiternal is derived from the Late Latin sempiternalis and ultimately from semper, Latin for "always." (You may recognize semper as a key element in the motto of the U.S. Marine Corps: semper fidelis, meaning "always faithful.") Eternal, on the other hand, is derived, by way of Middle French and Middle English, from the Late Latin aeternalis and ultimately from aevum, Latin for "age" or "eternity." Sempiternal is much less common than eternal, but some writers have found it useful. 19th-century American writer Ralph Waldo Emerson, for example, wrote, "The one thing which we seek with insatiable desire is to forget ourselves, … to lose our sempiternal memory, and to do something without knowing how or why…."

"For those who don't ride public transit and for most of their adulthoods travel via automobile between a few tightly curated situations ... Bourbon Street's sempiternal carnival gives them unmediated contact with all sorts of people they might not otherwise encounter." — Jules Bentley, The Advocate (Baton Rouge, Louisiana), 20 Aug. 2018

"But by Page 10, I knew I'd never read 'Moby-Dick.' The novel—if you can call such an idiosyncratic book by any generic name—hit me like a storm out of nowhere. It contained a wild deluge of thoughts and ideas and sempiternal images." — Amy Wilentz, The Los Angeles Times, 1 May 2011 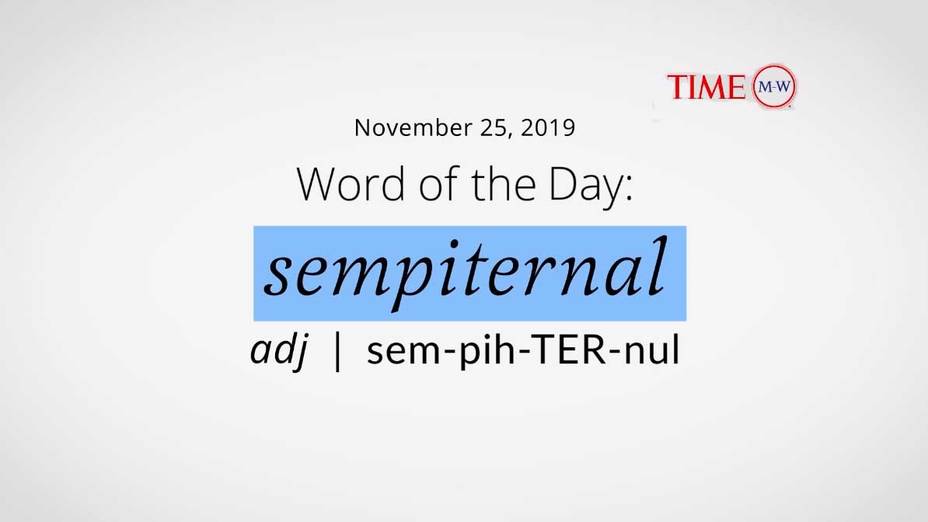