GAMES BROWSE THESAURUS WORD OF THE DAY WORDS AT PLAY SETTINGS
Word of the Day : June 13, 2019

1 : to examine closely and minutely

A close look at the etymology of scrutinize reveals that the word stems from the Latin verb scrutari (meaning "to search" or "to examine"), which in turn probably comes from scruta (meaning "trash," or more specifically "a mixture of worthwhile articles and trash"). In the 15th century, scrutari gave us the noun scrutiny, a word that originally meant "a formal vote" and then "an official examination of votes." Scrutinize retained reference to voting, with the meaning "to examine votes," at least into the 18th century. (But even today in Britain, a scrutineer is a person who counts votes.)

"I think the biggest misconception out there is that every accident a commercial motor vehicle is involved in, the general public feels it is the big rig's fault. Little does the general public know that everything from what needs to be inspected each day on these vehicles to hours of service to maintenance procedures, and even training, is so highly scrutinized either through regulations or insurance policies, or even our internal audits and tracking." — Matt McDonald, quoted in The Caledon Enterprise, 15 Apr. 2019

"… Vaughn will be held to high expectations…. She'll present her first budget report to the council Tuesday and, unlike previous meetings where city council gave scarce attention to the CFO report, her report will be closely scrutinized." — The Dispatch (Columbus, Mississippi), 3 May 2019

Fill in the blanks to complete a synonym of scrutinize: p _ r _ s _. 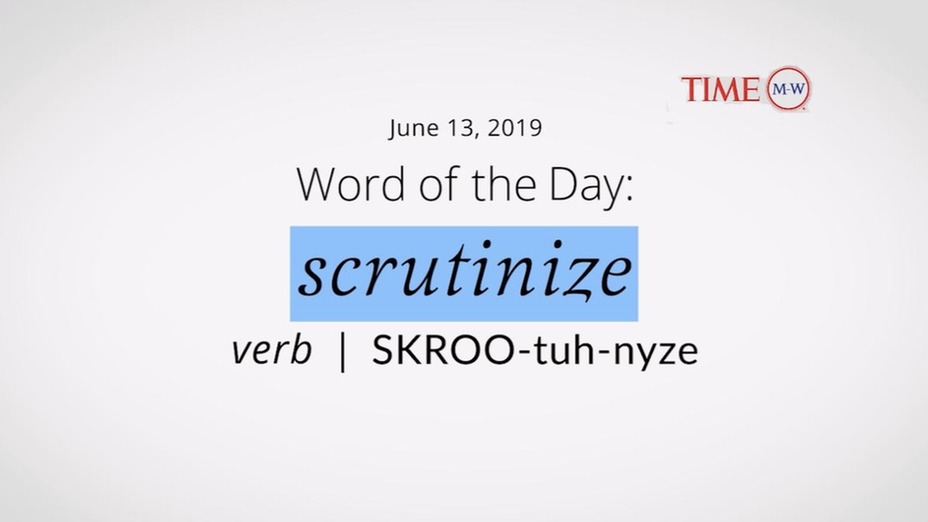 verb - to examine closely and minutely