GAMES BROWSE THESAURUS WORD OF THE DAY WORDS AT PLAY SETTINGS
Word of the Day : March 12, 2020

: a term (such as analog watch, film camera, or snail mail) that is newly created and adopted to distinguish the original or older version, form, or example of something (such as a product) from other, more recent versions, forms, or examples

Remember way back when cameras used film? Back then, such devices were simply called cameras; they weren't specifically called film cameras until they needed to be distinguished from the digital cameras that came later. Similarly, the term desktop computer wasn't often used until laptops became prevalent. A lot of our common retronyms have come about due to technological advances: acoustic guitar emerged to contrast with electric guitar, and brick-and-mortar store to distinguish traditional stores from online retailers. Retronym was coined by Frank Mankiewicz, an American journalist and former president of National Public Radio, and was first seen in print in 1980.

"You can get a good sense of the pace of change over the past century just by looking at the retronyms we've accumulated. New technologies have forced us to come up with terms like steam locomotive, silent movie, manual transmission, AM radio, day baseball, conventional oven, and acoustic guitar." — Geoffrey Nunberg, Going Nucular: Language, Politics, and Culture in Confrontational Times, 2004

What is the meaning of contronym? 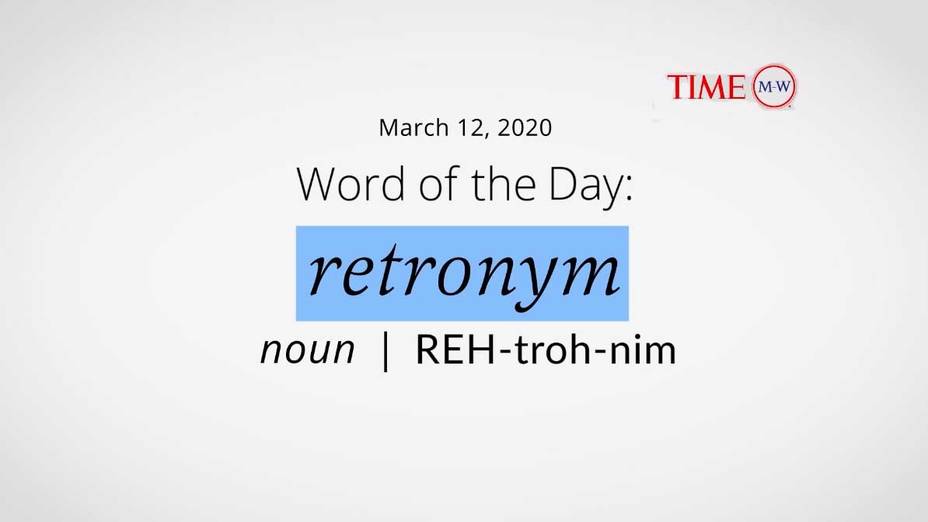 noun - a new term for an older version of a thing