GAMES BROWSE THESAURUS WORD OF THE DAY WORDS AT PLAY SETTINGS
Word of the Day : February 11, 2020

2 : the condition of one that is discredited : bad repute

English speakers can choose from several synonyms to name a tongue-lashing. Abuse is a good general term that usually stresses the anger of the speaker and the harshness of the language, as in "scathing verbal abuse." Vituperation often specifies fluent, sustained abuse; "a torrent of vituperation" is a typical use of this term. Invective implies vehemence comparable to vituperation but may suggest greater verbal and rhetorical skill; it may also apply especially to a public denunciation, as in "blistering political invective." Obloquy, which comes from the Late Latin ob- (meaning "against") plus loquī (meaning "to speak"), suggests defamation and consequent shame and disgrace; a typical example of its use is "subjected to obloquy and derision."

The manager walked quickly back to the dugout as insults and obloquy rained down from the stands.

Fill in the blanks to complete an adjective that derives from Latin loquī ("to speak") and means "speaking in or characterized by a high-flown style or manner": m _ _ n _ lo _ u _ n _. 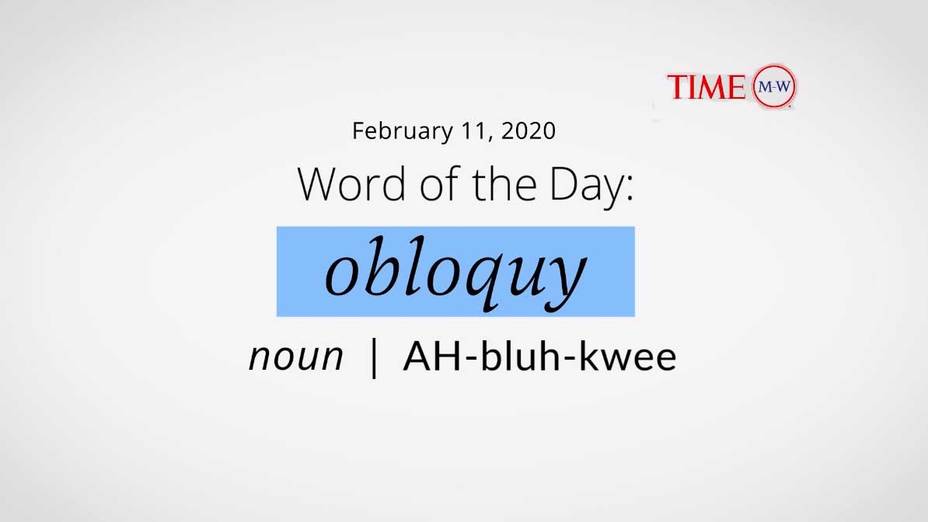