GAMES BROWSE THESAURUS WORD OF THE DAY WORDS AT PLAY SETTINGS
Word of the Day : October 24, 2019

1 : of or relating to the patriarch Noah or his time

Students of the Bible know that Noah survived the Great Flood by stowing himself, his family, and male and female specimens of every kind of creature on his Ark. Noachian is derived from the Hebrew name for Noah. Modern contexts find Noachian used in reference to the Great Flood or, more humorously, to describe torrential rainstorms and flooding reminiscent of the Biblical event. It could be said that usage of Noachian spans even beyond planet Earth. Astronomers studying the surface of the planet Mars use Noachian to refer to the epoch between 4.6 and 3.5 billion years ago when that planet's oldest craters were believed to be formed. This usage is based on Noachis Terra, the name of one of the landmasses of Mars, which translates as "Land of Noah" and was chosen in the 19th century by Italian astronomer Giovanni Schiaparelli.

"So you thought the weather of 2009 was a bit on the insane side, with a spring that seemed to last until fall and Noachian levels of rainfall? Not really, according to the Northeast Regional Climate Center in Ithaca, N.Y." — Thomas J. Morgan, The Providence Journal, 21 Nov. 2009

"Elendil, a Noachian figure, who has held off from the rebellion, and kept ships manned and furnished off the east coast of Númenor, flees before the overwhelming storm of the wrath of the West…." — J. R. R. Tolkien, The Silmarillion, (1977, posthumously)

Fill in the blanks to complete an adjective used to refer to the period before the flood described in the Bible: a _ _ ed _ _ uv _ _ n. 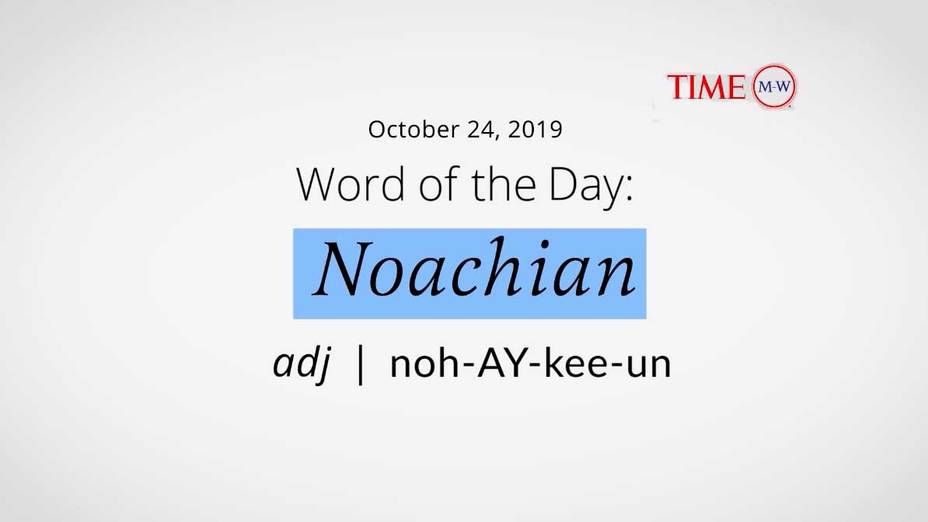