GAMES BROWSE THESAURUS WORD OF THE DAY WORDS AT PLAY SETTINGS
Word of the Day : October 26, 2014

2 : to wander slowly and idly

3 : to speak indistinctly or disconnectedly

Maunder looks a lot like meander, and that's not all the two words have in common-both mean "to wander aimlessly," either physically or in speech. Some critics have suggested that while meander can describe a person's verbal and physical rambling, in addition to the wanderings of things like paths and streams, maunder should be limited to wandering words. The problem with that reasoning is that maunder has been used of the physical movements of people since at least 1775, whereas meander didn't acquire that use until around 1831. These days, meander tends to be the more common choice, although maunder does continue to turn up in both applications.

Chelsea left a nearly incoherent message on my voicemail, maundering on for several minutes without ever getting around to her reason for calling.

"Some of Tyler's students lag behind to chat, maundering along at their own pace." - Cody Winchester, Argus Leader (Sioux Falls, South Dakota), May 14, 2011

Fill in the blanks to create a synonym of maunder: mo _ c _. The answer is … 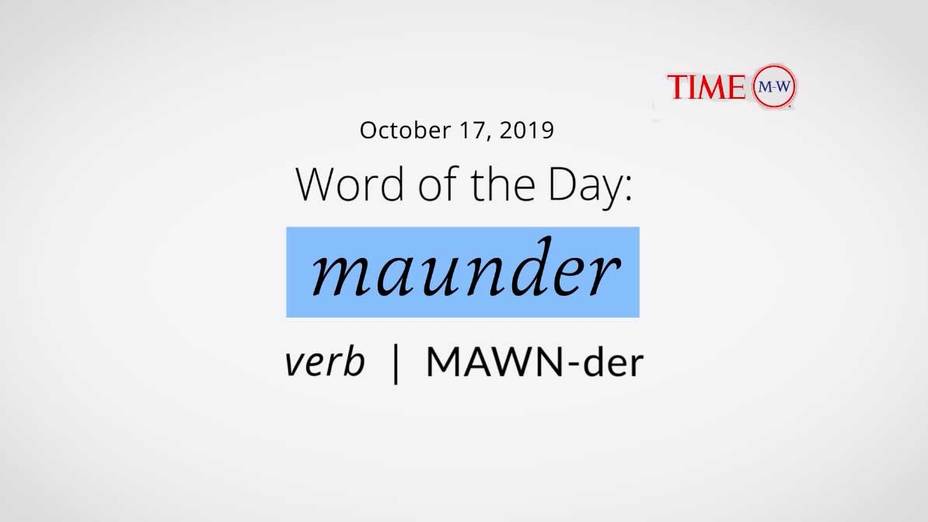 verb - to wander slowly or to speak indistinctly