1 : open to contest, debate, or litigation

3 : possible as a result or consequence

Although issuable now tends to appear in financial contexts (such as in reference to shares that are eligible to be issued, or made available, according to a company's articles of incorporation), it was originally used in the late 16th century as a legal term: an issuable matter was one that was open to contest, debate, or litigation. Within a century, though, the word had taken on the "authorized for issue" meaning that it most commonly has today. In making its home in the world of finance, issuable is carrying on a family tradition. In the early 14th century, its predecessor issue began being used in plural to refer to proceeds from a source of revenue, such as an estate. Issue itself traces back to Latin exire, meaning "to go out."

"The common shares issuable upon exercise of the options are subject to a four-month hold period from the original date of grant." — Yahoo! Finance, 25 July 2019

"Questions calling for inadmissible proof which is damaging and prejudicial should be objected to on any and every possible ground. Even if an attorney appears to be making an excessive number of objections, this is preferable to admitting without contest issuable evidence devastating in its effect." — Mason Ladd, Case and Comment, Vol. 44, No. 6, 1922 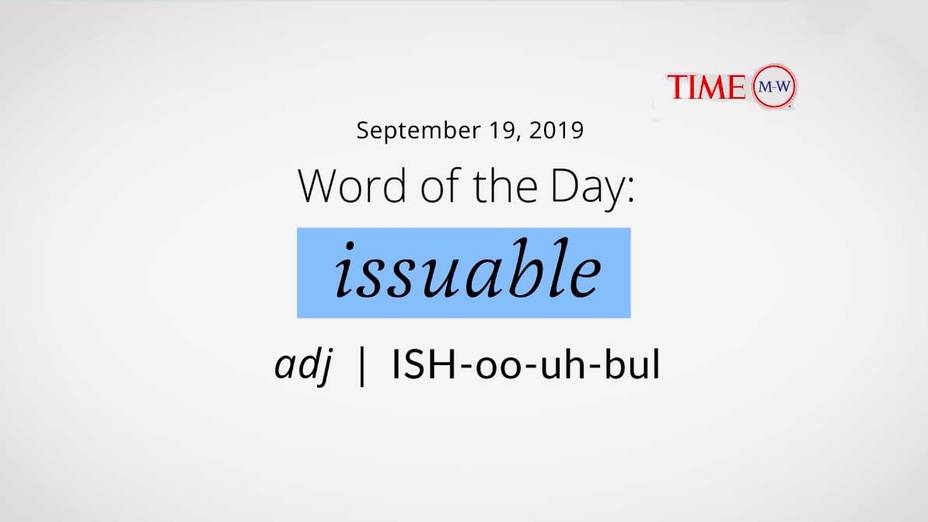 adj. - authorized for issue (as a bond)