GAMES BROWSE THESAURUS WORD OF THE DAY WORDS AT PLAY SETTINGS
Word of the Day : January 30, 2020

1 : the ground of a legal action

The word gist often appears in such contexts as "the gist of the conversation was that…" to let us know that what follows will be a statement or summary that in some way encapsulates the main point or overarching theme. The gist of a conversation, argument, story, or what-have-you is what we rely on when the actual words and details are only imperfectly recalled, inessential, or too voluminous to recount in their entirety. Gist was borrowed from the Anglo-French legal phrase laccion gist ("the action lies or is based [on]") in the 17th century, and it was originally used in law as a term referring to the foundation or grounds for a legal action without which the action would not be legally sustainable.

I didn't catch every word, but I heard enough to get the gist of the conversation.

"Ironically, the debate largely occurred on Twitter, one of the most effective disruptors of work productivity ever invented. And the gist was this: To succeed professionally, many Silicon Valley types said, one must be prepared to work not just long, but indeed punishing hours—workers must be prepared to give up 'nights and weekends.'"— Ethan Epstein, The Washington Times, 29 Dec. 2019 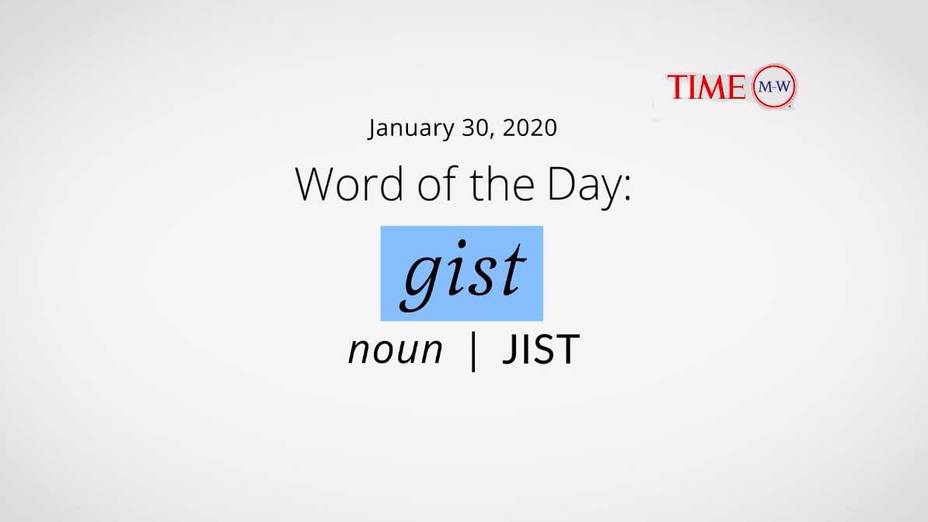 noun - the main point or part