GAMES BROWSE THESAURUS WORD OF THE DAY WORDS AT PLAY SETTINGS
Word of the Day : September 26, 2019

2 : having a slovenly or uncared-for appearance

The exact origins of frowsy are perhaps lost in an old, frowsy book somewhere, but some etymologists have speculated that frowsy (also spelled frowzy) shares a common ancestor with the younger, chiefly British, word frowsty, a synonym of frowsy in both its senses. That ancestor could be the Old French word frouste, meaning "ruinous" or "decayed," or the now-obsolete English word frough or frow, meaning "brittle" or "fragile." An early print example of frowsy can be found in Thomas Otway's 1681 comedy The Souldier's Fortune, wherein the character Beau refers to another character as "a frouzy Fellmonger."

The lamp, discovered in a frowsy Midwestern antique store, turned out to be quite valuable.

"On good days, I could also manage super boring reality TV shows, like 'Escape to the Country,' in which retired British couples go on slow searches for frowsy new homes in sleepy towns, and nobody gets excited about anything." — Yvonne Abraham, The Boston Globe, 24 Nov. 2018

Changing two letters of frowsy, form a synonym of the word. 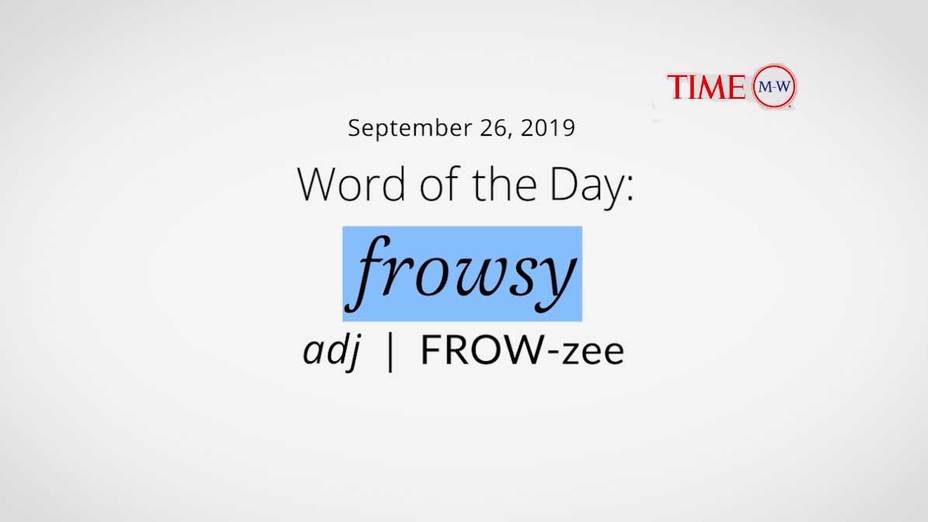 adj. - having a messy or dirty appearance