1 : of or relating to the heavens : heavenly

2 : being light and airy : delicate

If you're burning to know the history of "ethereal," you're in the right spirit to fully understand that word's etymology. The ancient Greeks believed that the Earth was composed of earth, air, fire, and water, but that the heavens and its denizens were made of a purer, less tangible substance known as either "ether" or "quintessence." Ether was often described as an invisible light or fire, and its name derives from the Greek "aithein," a verb meaning "to ignite" or "to blaze." When "ethereal," the adjective kin of "ether," debuted in English in the 1500s, it referred specifically to regions beyond the Earth, but it gradually came to refer to anything heavenly or airy.

I had expected the spa to be one of those places where they burn aromatherapy candles and play ethereal music, but it wasn't like that at all.

"His compositions are ethereal, often enhanced by coloured lighting effects in performances, and draw inspiration from his Nordic homeland." -- From a review by Hannah Nepil in Time Out (UK), November 3, 2011

What is the meaning of "salient," our Word of the Day from December 5? The answer is ... 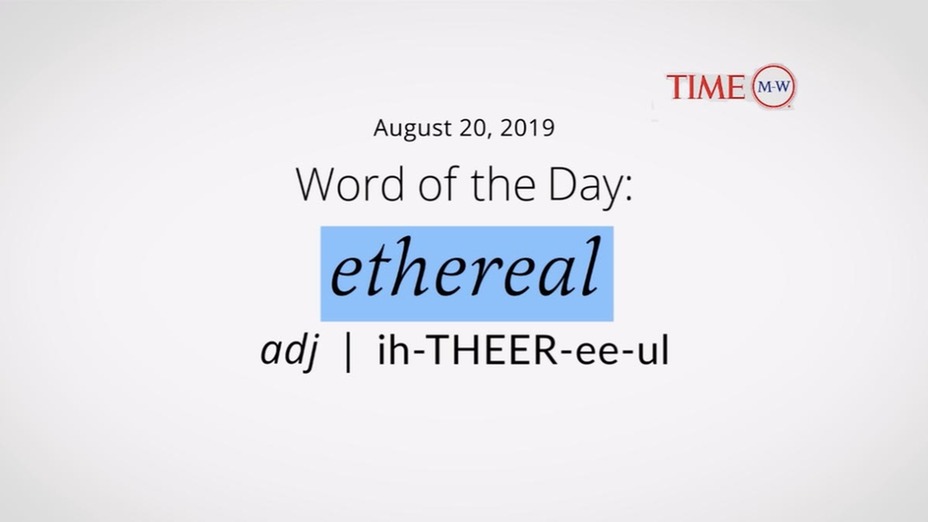 adj. - of or relating to the heavens