GAMES BROWSE THESAURUS WORD OF THE DAY WORDS AT PLAY SETTINGS
Word of the Day : April 19, 2019

: of, relating to, or marked by ecstasy

Ecstatic has been used in our language since the late 16th century, and the noun ecstasy is even older, dating from the 1300s. Both derive from the Greek verb existanai ("to put out of place"), which was used in a Greek phrase meaning "to drive someone out of his or her mind." That seems an appropriate history for words that can describe someone who is nearly out of their mind with intense emotion. In early use, ecstatic was sometimes linked to mystic trances, out-of-body experiences, and temporary madness. Today, however, it typically implies a state of enthusiastic excitement or intense happiness.

Greta and Paul were ecstatic when their daughter called to tell them that they were soon going to be grandparents.

"Harold Pinter established himself as Britain's foremost dramatist by placing inscrutable characters in cryptic situations and he was bound to keep the production line in motion, knowing that his oblique scripts would be greeted by genuflecting reviewers, ecstatic professors of literature and shrewd thesps ululating with approval at every rehearsal." — Lloyd Evans, The Spectator, 24 Nov. 2018

Fill in the blanks to complete an adjective that implies a feeling of great happiness and excitement: e _ p _ _ r _ _. 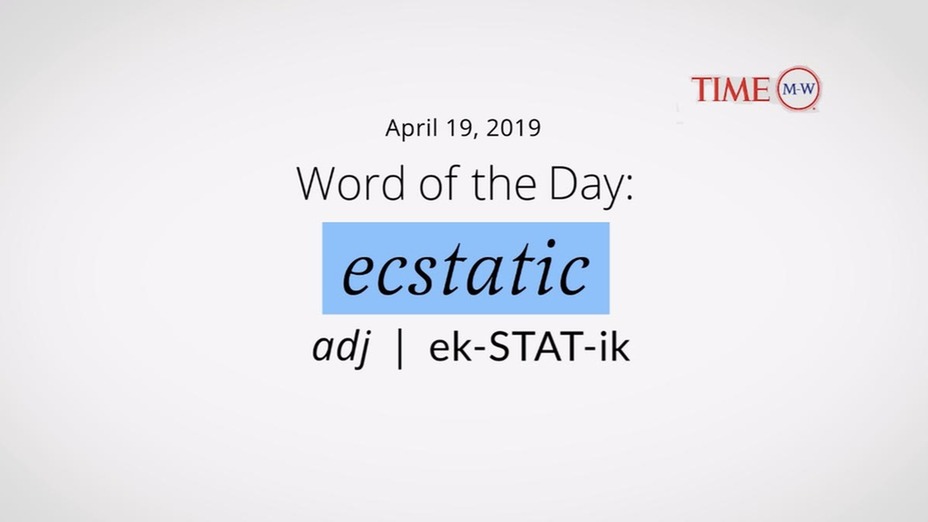 adj. - marked by a state of overwhelming emotion