GAMES BROWSE THESAURUS WORD OF THE DAY WORDS AT PLAY SETTINGS
Word of the Day : April 11, 2019

1 a : a ruler with absolute power and authority

b : one exercising power tyrannically : a person exercising absolute power in a brutal or oppressive way

2 a : a Byzantine emperor or prince

b Christianity : a bishop or patriarch of the Eastern Orthodox Church

c : an Italian hereditary prince or military leader during the Renaissance

In his 1755 dictionary, Samuel Johnson said of despot, "the word is not in use, except as applied to some Dacian prince; as the despot of Servia." Indeed at that time, the word was mainly used to identify some very specific rulers or religious officials, and the title was an honorable one: it comes from a Greek word meaning "lord" or "master" and was originally applied to deities. That situation changed toward the end of the century, perhaps because French Revolutionists, who were said to have been "very liberal in conferring this title," considered all sovereigns to be tyrannical. When democracy became all the rage, despot came to be used most often for any ruler who wielded absolute and often contemptuous and oppressive power.

"We like to think that, in a tyrannizing world, the best and the bravest thing is to beat the despots down. The worst thing, though, is that you become a tyrant yourself." — Anthony Lane, The New Yorker, 24 July 2017

"Throughout the world, despots are … probably monitoring Internet traffic, communications and behavior—in many cases using surveillance technology supplied by U.S. and other Western companies." — Robert Morgus and Justin Sherman, The Washington Post, 17 Jan. 2019

Fill in the blanks to complete a synonym of despot meaning "a ruler with absolute power": _ _ t _ cr _ _. 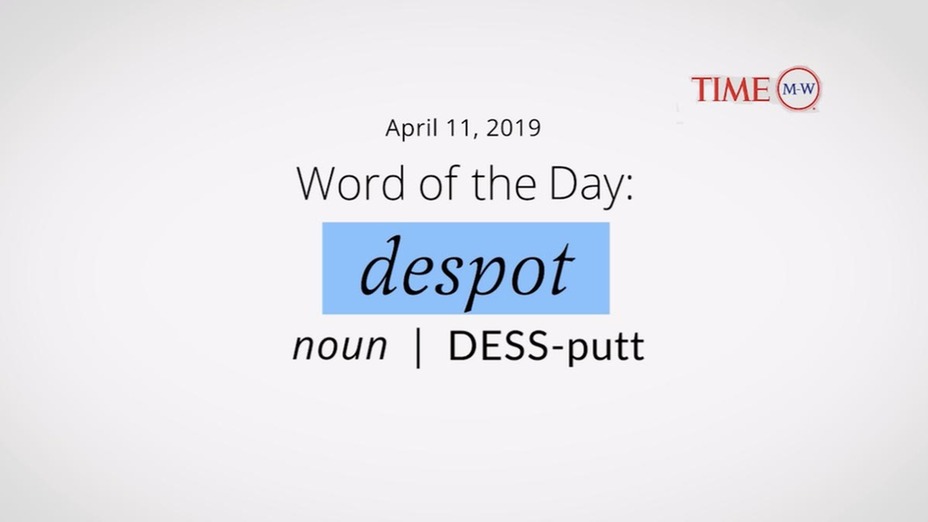 noun - a ruler with absolute power and authority