How much is a billion? It might depend who you ask. "Billion" was borrowed from French in the late 1600s to indicate the number one million raised to the power of two, or a million million -- a number represented by a one followed by 12 zeros. However, the French later changed their naming conventions so that a billion became a thousand million (a one followed by nine zeros) and a trillion became a thousand thousand million (or a million million, the old billion). The French have since returned to the older system, but it was this new system that was adopted by American English speakers in the 1800s. In Britain the newer system has seen increasing use since the 1950s, but the older sense is still sometimes used there as well.

If you were to count to a billion at the rate of one number per second, it would take you over 31 and a half years to finish.

"'Charlie Sheen has been lining Lorre's and Warner Bros. pockets with what will amount to billions of dollars through Mr. Sheen's work on 177 episodes on the series, and Mr. Sheen has been ready, willing and able to work to finish out the season,' his lawsuit states." -- From an Associated Press Online article, March 11, 2011

What 3- or 4-letter word (depending on how you spell it) can refer to a unit of geologic time equal to one billion years? The answer is ... 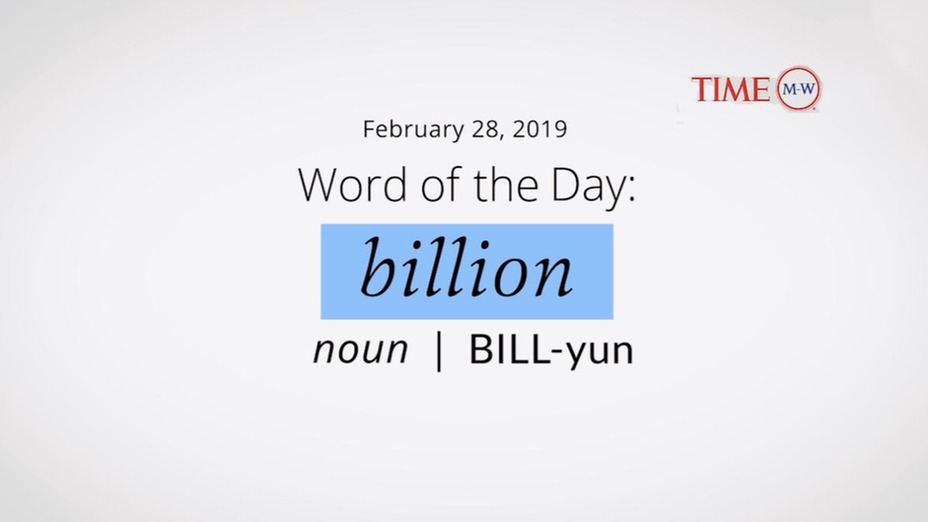