GAMES BROWSE THESAURUS WORD OF THE DAY WORDS AT PLAY SETTINGS
Word of the Day : February 7, 2019

Look closely at the following Latin verbs, all of which are derived from the verb trudere ("to push, thrust"): extrudere, intrudere, obtrudere, protrudere. Remove the last two letters of each of these and you get an English descendant whose meaning involves pushing or thrusting. Another trudere offspring, abstrudere, meaning "to push away" or "to conceal," gave English abstrude, meaning "to thrust away," but that 17th-century borrowing has fallen out of use. An abstrudere descendant that has survived is abstruse, an adjective that recalls the meaning of its Latin parent abstrūsus, meaning "concealed."

"Today's physics breakthroughs tend to be so abstruse that summarizing them is like trying to explain the financial-derivatives market to a three-year-old." — The National Review, 16 Apr. 2018

"Before the Apple Macintosh, the first computer to popularize point-and-click, people using home computers had to familiarize themselves with abstruse text commands." — Clive Thompson, The New York Times, 18 Nov. 2018 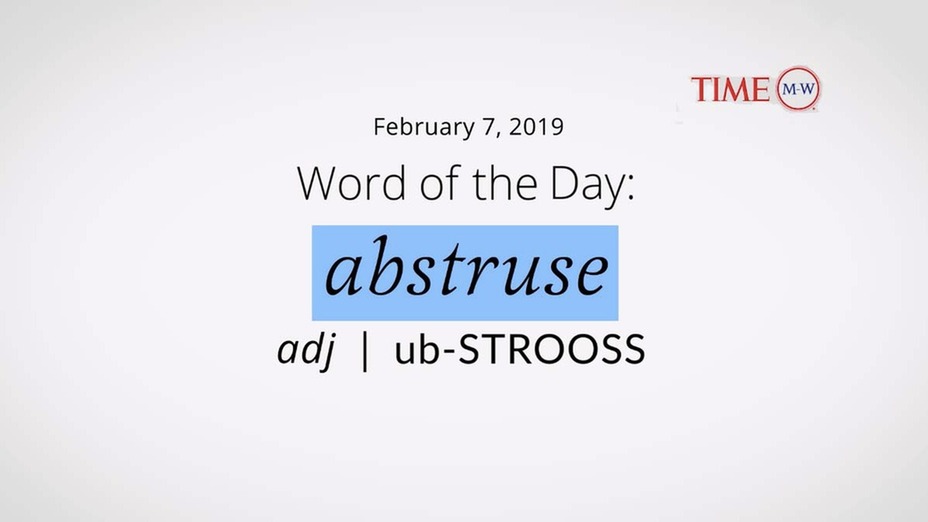