1
: felt in or as if in the internal organs of the body : deep
a visceral conviction
2
: not intellectual : instinctive, unreasoning
visceral drives
3
: dealing with crude or elemental emotions : earthy
a visceral novel
4
: of, relating to, or located on or among the viscera : splanchnic
visceral organs
viscerally
ˈvi-sə-rə-lē

The Tie Between Visceral and Biology

The viscera are the internal organs of the body—especially those located in the large cavity of the trunk (e.g., the heart, liver, and intestines). The word viscera comes from Latin, in which it has essentially the same meaning. Something visceral has to do with the viscera, and in a more figurative sense, something visceral is felt "deep down." Even in the early years of its use, visceral often referred to things emotional rather than physiological. For example, in 1640 an English bishop named Edward Reynolds wrote, "Love is of all other the inmost and most visceral affection." This figurative use is the most common use of visceral, but the word continues to be used in medical contexts as well.

In 1972 he began an address at a Chamber of Commerce luncheon, "Let me start off by saying this is not quite an honor, my being here. I haven't had too much regard for the Chamber of Commerce in my years in Boston. When the Celtics won 11 championships in 13 years, it was ignored in their own town." Arnold Jacob Auerbach, though paradoxical and highly idiosyncratic, was foremost a direct and visceral man. —

David Schardt, Nutrition Action, July/August 2006 But there are strong taboos I haven't anticipated. The most striking is the visceral dislike of rawness. In China, the consumption of raw foods was historically viewed as a barbarian habit, and most everything is still eaten cooked. —

Fuchsia Dunlop, Gourmet, August 2005 One of the wonders of cooking is that the tiniest adjustment to what you are making, the addition of a single ingredient or the execution of a technique, can entirely change a dish and the visceral response you get from eating it. —

Amanda Hesser, New York Times, 17 July 2002 Her visceral reaction was to curse at the other driver.
Recent Examples on the Web Start to finish, Canellakis demonstrated clarity and authority — and a visceral feeling for the music’s textures, shapes and directions. —

Dallas News, 28 Jan. 2023 There’s a visceral titillation at the thought of not paying income tax and never again dealing with the bureaucracy of the IRS. —

Robert Goulder, Forbes, 26 Jan. 2023 The scenes with Lee are less exciting, on a visceral level. —

Daniel Fienberg, The Hollywood Reporter, 25 Jan. 2023 There is also, of course, the undeniable craft and intelligence of Berger’s movie, whose agonizing trench-warfare sequences are staged with a visceral understanding of what flames, shells and knives can do to human flesh. —

Los Angeles Times, 24 Jan. 2023 Satire, though, is only an aspect of his endlessly self-regarding yet surprisingly selfless practice, whose pageantry is counterbalanced by more visceral reflections on the body’s vulnerability amid war and exile. —

Julian Lucas, The New Yorker, 21 Jan. 2023 At the time of its release, modern audiences had yet to be exposed to the visceral horror that Romero's feature debut delivered. —

Declan Gallagher, EW.com, 19 Jan. 2023 But unlike those sitcoms where cutting is a crass joke, Colm’s despair is transcendent, visceral. —

Katie Tamola, Rolling Stone, 9 Jan. 2023 Polley’s honest and visceral film, which tells the story of a group of women from a religious community debating next steps after decades of abuse by the men, is equally worthy to join the elite group. —

These example sentences are selected automatically from various online news sources to reflect current usage of the word 'visceral.' Views expressed in the examples do not represent the opinion of Merriam-Webster or its editors. Send us feedback. 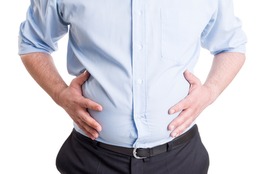 1
: felt in or as if in the viscera
a visceral belief
2
: of, relating to, or being the viscera
visceral organs
viscerally
-rə-lē

: of, relating to, or located on or among the viscera
visceral organs
compare parietal sense 1
viscerally
-rə-lē

More from Merriam-Webster on visceral

Thesaurus: All synonyms and antonyms for visceral