1
a
: conformity to a standard of right : morality
b
: a particular moral excellence
2
: a beneficial quality or power of a thing
3
: manly strength or courage : valor
4
: a commendable quality or trait : merit
5
: a capacity to act : potency
6
: chastity especially in a woman
7
virtues plural : an order of angels see celestial hierarchy
virtueless
ˈvər-(ˌ)chü-ləs

adjective
Phrases
by virtue of or in virtue of
: through the force of : by authority of

He led me across the concrete floor, through a concrete warehouse, and to the concrete screening room, where he began to extol the virtue and beauty of his eleven-mile-long sewage interceptor.

Frederick Kaufman, Harper's, February 2008 Disinterestedness was the most common term the founders used as a synonym for the classical conception of virtue or self-sacrifice; it better conveyed the threats from interests that virtue seemed increasingly to face in the rapidly commercializing eighteenth century.

Gordon S. Wood, Revolutionary Characters, 2006 It was not only his title that made Poor Richard—and by extension [Benjamin] Franklin—an honorary Frenchman. He may well have devoted a great amount of ink to virtue and order, but he checked those concepts at the door of the beau monde; he made it clear that he was not too good for that world …

Stacy Schiff, A Great Improvisation, 2005 Nerviness is considered a virtue, a good machine, an energy that builds nations, businesses and dynasties. Handed down from generation to generation, like a caustic strand of DNA, it infects the unhappy, the unfortunate and the unlucky, and turns them into desperate strivers, prepared to do anything to realize their ridiculous ambitions.

David Byrne, The New Sins/Los Nuevos Pecados, 2001 Some rise by sin, and some by virtue fall …

William Shakespeare, Measure for Measure, 1605 the virtue of wool as a clothing material is that it can provide insulation from the cold even when wet a lady of honor and virtue See More
Recent Examples on the Web Victories by Warnock and Ossoff put the Senate at a 50-50 split, with Democrats gaining control by virtue of Vice President Kamala Harris’ tiebreaking vote.

Bill Barrow, Chicago Tribune, 27 Nov. 2022 The Ravens entered the day leading the AFC North by a game, with a tiebreaker in hand over the Bengals by virtue of a head-to-head walk-off win in October.

Andrew Gillis, cleveland, 27 Nov. 2022 And each new astronautical foray is a constant reminder of our common humanity, irrespective of other labels applied by virtue of race, gender, nationality or creed.

The Editors, Scientific American, 23 Nov. 2022 But by virtue of being an expensive and ultimately unpopular destination, Qatar doesn’t have to deal with the latter.

Time, 23 Nov. 2022 Dillard’s personal relationship to the subject material by virtue of his dad was always evident to Powell.

Robert Daniels, Los Angeles Times, 22 Nov. 2022 By virtue of the sweep, MU earned the No. 1 seeding in the Big East tournament next week in Omaha, Nebraska, and hopes to ride the momentum of the emphatic victory.

These example sentences are selected automatically from various online news sources to reflect current usage of the word 'virtue.' Views expressed in the examples do not represent the opinion of Merriam-Webster or its editors. Send us feedback. 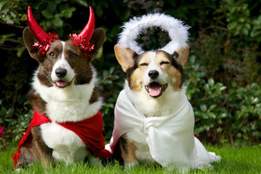 1
: conduct that agrees with what is morally right
2
: a particular moral quality
justice and charity are virtues
3
: a desirable quality : merit
the virtues of country life

More from Merriam-Webster on virtue