Recent Examples on the Web The history of vinifera in California is inextricable from the history of colonization.

Esther Mobley, San Francisco Chronicle, 19 May 2021 After many generations of breeding, the resulting grapes are genetically 97.5% vinifera, with the remaining 2.5% just enough to confer that disease resistance.

Esther Mobley, San Francisco Chronicle, 20 May 2021 The grapes usually have in their lineage vitis vinifera, the species common in Europe, and vitis riparia, North American grapes that provide cold-hardiness but are massively acidic.

Bill Ward Special To The Star Tribune, Star Tribune, 14 Oct. 2020 It was long thought that the region was just too cold for the vinifera species, especially for red grapes.

Fortune, 31 Aug. 2019 There were also several flights of wines made with fruit, berries and non-vinifera grapes like concord.

Michael Alberty | For The Oregonian/oregonlive, oregonlive.com, 14 Aug. 2019 Phylloxera is particularly attracted to Vitis vinifera roots and will feast on them to the point where a vine no longer produces fruit.

Michael Alberty | For The Oregonian/oregonlive, oregonlive, 4 Sep. 2019 These vines are of the European Vitis vinifera species, which produce familiar grapes like cabernet sauvignon and merlot.

Michael Alberty | For The Oregonian/oregonlive, oregonlive, 4 Sep. 2019 In fact, two of the top four vinifera varieties grown there are red.

These example sentences are selected automatically from various online news sources to reflect current usage of the word 'vinifera.' Views expressed in the examples do not represent the opinion of Merriam-Webster or its editors. Send us feedback.

1888, in the meaning defined above 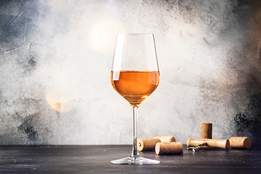