: one who usurps something: such as
a : one who seizes and holds office, power, position, etc., by force or without right … they are working through the harrowing part in which Frederick, the usurper of his brother's dukedom, banishes his niece Rosalind from his court.— Lawrence Malkin At 19, she's the besotted lover of King Richard III—until he's slain by the usurper King Henry VII and she's forced to become Henry's wife.— Joanna Powell
b : one who takes the place of another by or as if by force The new people have come, the usurpers, with their private jets and home theaters … , scaring the waterfowl and scattering the discreet and peaceful ease.— Dwight Garner
c : one who takes or makes use of something without right For example, a co-owner may alone take all the necessary steps for the preservation of the property, including the institution of suits against trespassers or usurpers. — Louisiana Civil Code

First Known Use of usurper

The first known use of usurper was in the 15th century 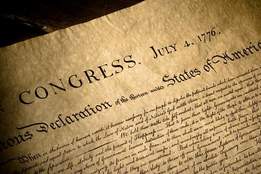 Courtesy of the Declaration of Independence

More from Merriam-Webster on usurper