: not having received a vaccine : not vaccinated
children unvaccinated for measles

Recent Examples on the Web Lead study author Emily Smith, who is an assistant professor of global health at George Washington University, says the study results reflect the risk of Covid-19 and pregnancy in unvaccinated people. —

Brenda Goodman, CNN, 16 Jan. 2023 The outbreak was thought to have spread as a result of four unvaccinated people returning to the area from counties where measles is prevalent, Mysheika Roberts, Columbus’s public health commissioner told Axios. —

Brie Stimson, Fox News, 30 Dec. 2022 The Columbus outbreak began when one or two unvaccinated people traveled to countries where measles is still common between June and October and infected others in the community, Roberts said. —

Arkansas Online, 27 Dec. 2022 An outbreak in the Columbus area that began in November has resulted in 83 cases among children, the vast majority of whom were unvaccinated. —

Deidre Mcphillips, CNN, 12 Jan. 2023 The variants, though seemingly less severe than previous strands, are highly contagious and can cause hospitalization or even death in people who are unvaccinated or have compromised immune systems. —

Dallas News, 26 Dec. 2022 The Clinical Infectious Disease study published in July showed those who were unvaccinated who had not had coronavirus were at the highest risk for getting it. —

Theresa Sullivan Barger, Discover Magazine, 26 Dec. 2022 For an unvaccinated person looking to get up-to-date, that would mean getting an initial two-dose series, with the shots spaced a few weeks apart depending on the brand, followed by a bivalent booster at least two months later. —

Los Angeles Times, 6 Sep. 2022 In June 2022, doctors reported a case of polio in an unvaccinated person who had recently traveled out of the country. —

These example sentences are selected automatically from various online news sources to reflect current usage of the word 'unvaccinated.' Views expressed in the examples do not represent the opinion of Merriam-Webster or its editors. Send us feedback.

1871, in the meaning defined above 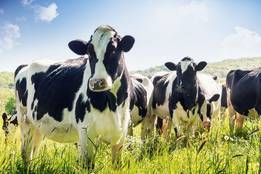