: not satisfied
He is unsatisfied with the direction his life has taken.
unsatisfied customers

Recent Examples on the Web Chief Justice John Roberts was unsatisfied by Justice Department lawyer Brian Fletcher’s explanation of how to translate Kennedy’s opinion into practice.

Jessica Gresko, BostonGlobe.com, 4 Oct. 2022 She was unsatisfied working from home and missing the camaraderie of being in an office.

Molly Longman, refinery29.com, 6 Apr. 2022 Then, each of the 28 football and men’s basketball teams was ranked on a scale of 1 to 14, with 1 being very unsatisfied and 14 being completely happy.

Doug Lesmerises, cleveland, 11 Nov. 2022 So Gandhi, a former PTA president, pushed district leaders to restore that offering and, unsatisfied with their responses, which pointed to state guidance, ran his grievances further up the flagpole.

Daedan Olander, The Salt Lake Tribune, 25 Apr. 2022 Some gymnasts remained unsatisfied with how the situation was addressed and that the teammate who used the slur was allowed to return to practice without approval or consultation from teammates who were offended by her behavior.

Los Angeles Times, 25 Jan. 2022 Despite this leadership change, the people calling for Beckwith to step down remained unsatisfied.

These example sentences are selected automatically from various online news sources to reflect current usage of the word 'unsatisfied.' Views expressed in the examples do not represent the opinion of Merriam-Webster or its editors. Send us feedback. 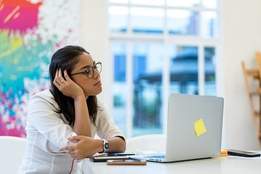 More from Merriam-Webster on unsatisfied

Thesaurus: All synonyms and antonyms for unsatisfied