: a person, business, group, etc., that pays to use another person's property : someone who rents or leases a house, apartment, etc., from a landlord A tenant is now leasing the apartment.

1a : one who has the occupation or temporary possession of lands or tenements of another specifically : one who rents or leases a dwelling (such as a house) from a landlord
b : one who holds or possesses real estate or sometimes personal property (such as a security) by any kind of right
2 : occupant, dweller

Definition of tenant (Entry 2 of 2)

: to hold or occupy as or as if as a tenant : inhabit
Other Words from tenant Synonyms & Antonyms Tenets vs. Tenants Example Sentences Learn More About tenant

Other Words from tenant

Thanks to its confusingly similar pronunciation, tenant (“occupant, land-holder”) is sometimes erroneously used in place of tenet (“principle, doctrine”). Consider this example:

One of the ancient tenants of the Buddist [sic] belief is, “He who sits still, wins” –Police, January/February 1968

You will probably never make the opposite mistake (that is, substitute tenet for tenant), but if you think you might, remember that tenant and occupant both end in -ant.

Examples of tenant in a Sentence

Noun A tenant is now leasing the apartment. the laundry in the basement is for tenants only
Recent Examples on the Web: Noun Neil Chapman’s law firm was the building’s last tenant. — From Usa Today Network And Wire Reports, USA TODAY, 24 Nov. 2021 In 2017, a team of lawyers that included Bob Blitz, a member of the Missouri task force, sued the league on behalf of the city and county of St. Louis, and of the stadium authority, which no longer had the Rams as an anchor tenant. — Ken Belson, New York Times, 24 Nov. 2021 Anchor tenant Encore, a financial services firm that buys consumer debt, first leased 95,000 square feet at the property in September of 2018. — Jennifer Van Grove, San Diego Union-Tribune, 23 Nov. 2021 The tenant mix includes household names such as Surgical Care Affiliates, Merrill Lynch, and PricewaterhouseCooper. — al, 18 Nov. 2021 During the early stages of the pandemic Berrada employees entered tenant apartment without wearing face masks to make non-emergency repairs. — Cary Spivak, Milwaukee Journal Sentinel, 16 Nov. 2021 This ancient burial ground, referred to as the Nusbaum or Runnymeade Cemetery, was on land patented in the 1760s and probably occupied by tenant farmers who paid rent to the land speculators who owned it. — Mary Ann Ashcraft, baltimoresun.com/maryland/carroll, 14 Nov. 2021 When rates reset, millions of families who had moved from tenant to owner could no longer make the monthly nut. — Shawn Tully, Fortune, 10 Nov. 2021 Ferguson said the board subjectively issued complaints against constables as a way to discourage tenant-friendly constables. — AZCentral.com, 8 Nov. 2021 Recent Examples on the Web: Verb Those left out Sylvia Kuster and her husband Skip currently lease most of their nearly 400-acre property to tenant farmers. — cincinnati.com, 16 Sep. 2021 Penney has moved out of the buildings, leaving the offices currently 13% leased to tenant NTT Data. — Steve Brown, Dallas News, 27 May 2021 The big shipping hub is fully leased to tenant Petmate, an online pet supply company owned by Doskocil Manufacturing. — Steve Brown, Dallas News, 3 Nov. 2020 The city got behind these efforts, transferring the title of dozens of buildings to tenant organizations that created co-ops. — Matthew Desmond, New York Times, 13 Oct. 2020 Common Desk will also roll out a tenant experience app that will enable tenants to place Fiction Coffee orders, reserve conference rooms around the campus, and RSVP to tenant events and programs. — Katherine Feser, Houston Chronicle, 31 Jan. 2020 Here’s a look at the staffing and year 2020 goals for the Office of Financial Empowerment, from college savings to tenant protections. — Frederick Melo, Twin Cities, 27 Dec. 2019 So the building’s financial challenges belong, not to tenant Toll, but to its owners and their creditors. — Joseph N. Distefano, Philly.com, 7 June 2018 As a landlord, Vision Property Management has had a reputation of not responding promptly to tenant complaints about major problems with its rent-to-own homes. — Matthew Goldstein And Alexandra Stevenson, New York Times, 13 Mar. 2017

These example sentences are selected automatically from various online news sources to reflect current usage of the word 'tenant.' Views expressed in the examples do not represent the opinion of Merriam-Webster or its editors. Send us feedback.

First Known Use of tenant

1634, in the meaning defined above

Note: This explanation of Latin tenēre is conventional, though the shift of sense (from "stretch, extend" to "extend the arm" to "grasp, hold"?) is not paralleled in other languages. Latin has no outcome of the Indo-European verb-stem formatives based on *ten- attested in other families (shown in the etymology above), having replaced *ten- in transitive/telic functions with the base *tend- (see tender entry 3). Derivatives with the stative suffix *-h1i̯é- regularly take zero-grade ablaut, which may be reflected in tenēre, though it could equally reflect full-grade *ten-. It is claimed that Umbrian tenitu (3rd singular imperative), apparently a counterpart within Italic to Latin tenēre, must reflect *ten- (apparently on the assumption that zero grade would result in *tan-; see Michiel de Vaan, Etymological Dictionary of Latin and the Other Italic Languages, Leiden, 2008).

The first known use of tenant was in the 14th century 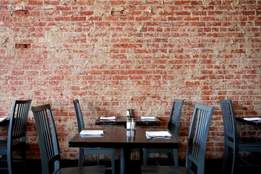 Making a meal out of it 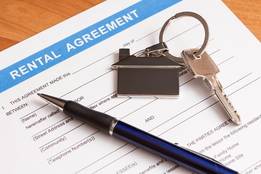 tenancy from year to year

: a person or business that rents property from its owner

Kids Definition of tenant (Entry 2 of 2)

: to hold or live in as a renter

Anglo-French, from Old French, from present participle of tenir to hold, from Latin tenēre

More from Merriam-Webster on tenant